I don't think any place exemplifies the stereotypical college town like Hanover and our dear old Dartmouth. It just feels like college, and everyone I know has opinions ranging from strong to really strong about the different places to eat, hang out, and study. Of the places at Dartmouth that have the best vibes, my vote — without question — goes to The Hop.

The Hop is a place on the southern side of campus. It's hard to miss, and has quickly become one of my favorite hangout spots. Even though my dorm in the McLaughlin Cluster (Humanities LLC represent!) is located in the north part of Dartmouth's campus, I find that the trek is worth it.

The Hop — officially known as The Hopkins Center for the Arts — is the hub for a very substantial part of the entertainment scene on campus. Within the building, you have tons of different spaces for different artistic pursuits. There's a jewelry studio downstairs, practice rooms for piano, and the Courtyard Cafe (also referred to as The Hop whenever one of your friends asks where to eat — as if there's an answer to that question that isn't The Hop). At the beginning of the term, I got to watch the one-woman play And So We Walked, but until the end of Week 7, I was completely unfamiliar with the movies that The Hop puts on almost every weekend.

The Hop is basically an operational movie theater on the weekends, with the added bonus of massive student discounts ($5!) to watch popular movies that are both in theaters or brought in by popular demand. I had the opportunity to watch Academy Award Winner "1917" on a massive screen in the Spaulding Auditorium, with killer seats and a few of my friends. 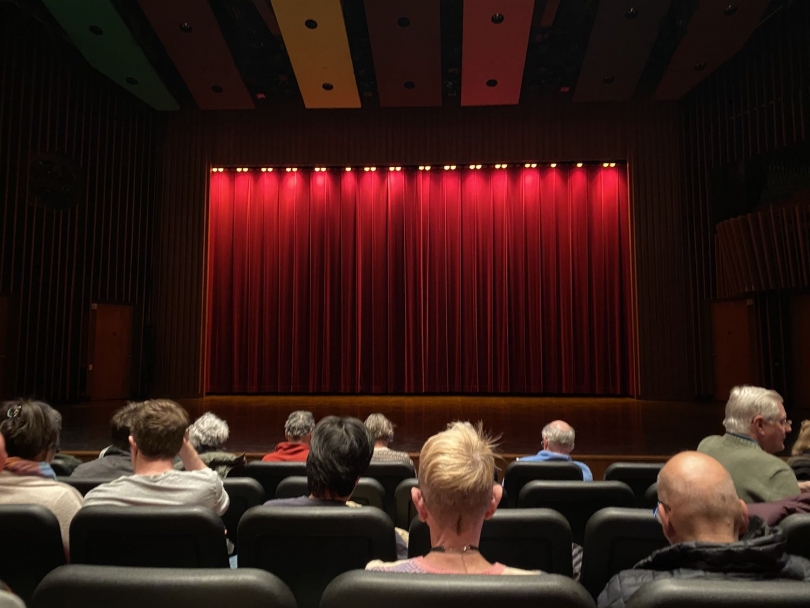 I was blown away by the movie, but the added bonus of an amazing ticket price and such close proximity (it's literally on campus) meant that it was a three-minute walk from Collis Student Center. That's a beautiful combo, and honestly too tempting for me and my friends — it makes for the perfect Sunday study break! It's easy to forget that so much exists on Dartmouth if you just reach out, but the even the simplest act of going to see a movie is enough to get us out of the Hanover bubble.

If you're ever on campus as part of a tour group or just simply scoping out the school, make The Hop a destination. Grab yourself a breakfast burrito (The Hop calls them "bobs") or the burger special. The chances you'll be even slightly disappointed are very, very low. And honestly, again, the place passes the vibe check.

I have officially settled into my new dorm! Come take a peek at what residential life is like, and some opportunities that might come after the quarantine!

One of my favorite things to do as a Dartmouth student is going to all the various talks, lecture series, and events that the school holds throughout the year. Here's why!

From Winterim to the Winter Virtual Fair

Here's a small update from my last day on campus, my "winterim" experience, and what you can look forward to for the rest of the term!

A school had to meet three criteria for me to consider it a "good fit": academics, location, and community. After researching about Dartmouth and visiting the campus, I realized that this school was not a good fit for me-- it was a perfect fit.

Winter quarter has begun and my life is extremely different from how it was this fall!

Back to Campus: Hanover, Take Two

This winter, I will resume classes on campus again -- a little older, a little wiser, and yet no less excited to fall countless times while attempting to ice skate. Upper Valley winter, here I come!

It's Good to be Back

This term, I'll be returning to campus for the first time since March 2020, and I could not be more excited!

From the pandemic to the election, to online learning, every month seemed to be a new level of Jumanji. However, we have made it. And though 2020 has given me great lessons and experiences, I am looking forward to this new year and for what it holds.