Would You, Could You, in the Snow? Snowball Fights at Dartmouth

One thing that I have come to appreciate at Dartmouth are the vast traditions held. From participating in First-Year trips to walking around a bonfire during Homecoming (word of advice: don't touch the fire), current students can connect with the long line of alumni that precede them. Each tradition connects us more to this college, including the one I just experienced: the snowball fight.

"Really? Just a snowball fight?" You might ask. "That's it?"

Trust me, it is a great experience.

The annual snowball fight happens when the first big snowstorm happens. When Dartmouth gets enough snow, a mysterious email is sent out to the entire College, seemingly from famous alumni Theodor Geisel  (aka Dr. Seuss) and Robert Frost. The email includes a Seussian poem inviting the reader to the Green at midnight to: "Come join before spring alights, In a great big giant snowball fight."

A Part of the Email from none other than Dr. Seuss!

Excited to participate, I wrapped up in my warm coat and put on my thick gloves, ready to pelt my peers with snow. I arrived at the Green at around 11:45, which allowed me to see the droves of students fill the Green, anxious to start throwing the fresh snow. And as the clock neared midnight, the snowball fight began! 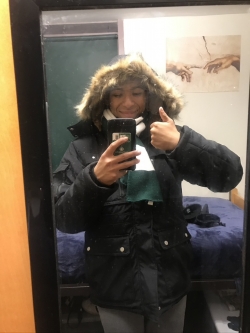 Snowballs filled the air as people chucked them at random. I remembered to duck and dodge, but even I couldn't escape a couple of hits. I teamed up with two other '23s, and as a team, we tried to run up to unsuspecting people and pelt them with a trio of snow. But even that alliance wasn't set in stone. In the beginning, I was able to get some shots in at my own allies!

By the end of the fight, I was cold, wet, and worn out. But I was happy to have had a great time to hang out with friends, experience Dartmouth traditions, and just act like a kid again. I better thank Dr. Seuss and Robert Frost for helping organize this amazing tradition!