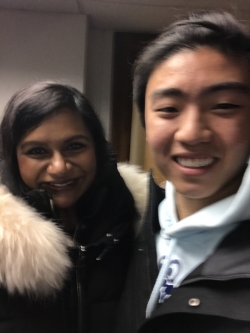 Let me say that again.

Sorry. I type fast when I'm excited. I wanted to make sure you read this clearly.

Have we appropriately established the context for this week's story? Cool.

Anyways, I met Mindy Kaling last week. Okay that's the last time I promise. I can't help it! 8 days later and I STILL can't fathom it.

What happened was that Mindy Kaling, as most of you know, is a Dartmouth alum. As a student, she was super involved on campus: a part of a cappella, improv, and the Dartmouth Jack O' Lantern (the school comedy magazine). The Jack O' Lantern, coincidentally, is one of the clubs I'm part of. 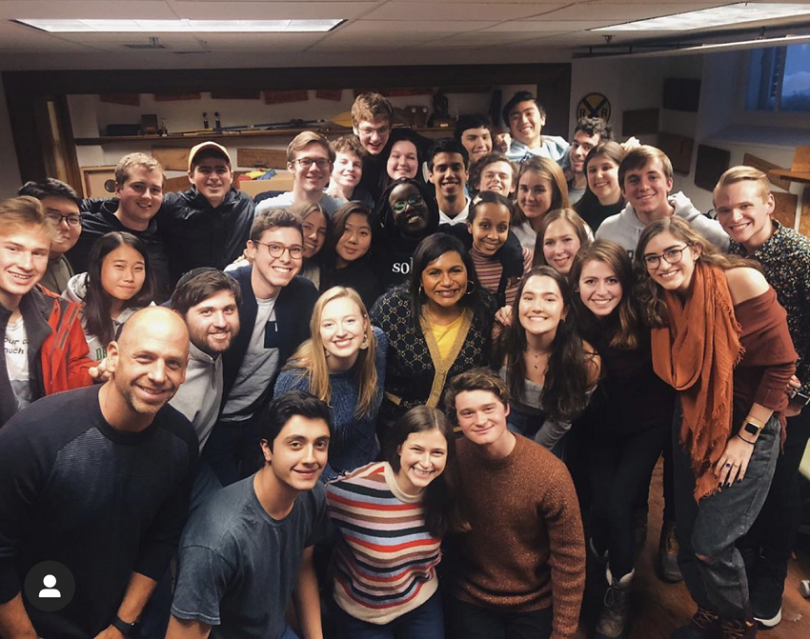 And recently, Ms. Kaling (I would call her Mindy, but we unfortunately didn't get that close) has been working on a new HBO show, and wanted to do some research about college kids, so she decided to drop by and talk to us. US! Well, she also stopped by Yale, but she DID say that we had a much more robust comedy club. I see it as a clear indicator of our superiority, but take that as you will.

So for research, she just sat down with us and just talked for a couple hours. No pomp, pretension, it was like you couldn't even tell that she was a 5-time Emmy nominee. Or a multi best-selling author. She just sat down with us, and just talked comedy with us. Asked us why we got into it, how it integrates into our academic lives, why we stuck around, etc. For her, it was always because she wanted to go into comedy. But for us? 90% of people in Jacko aren't planning to go into comedy in the future. It's a weird mix of future doctors, consultants, policy makers, etc. So her question to us was, why?

And the more I thought about it, I didn't really know why. Now, don't get me wrong, I love comedy, but I don't think that's why I do this. I've had pitches for articles bomb so hard that you can literally hear the buzz of the air conditioning over the silence. 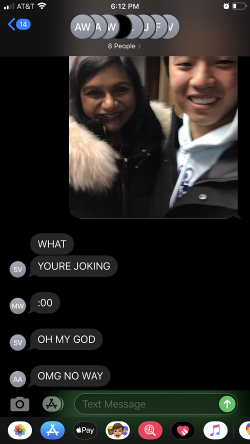 My friends back home react to me meeting. Oh who was it again? MINDY KALING
I think the reason why is because of the community, really. Again, with my articles, I've bombed time and time again. In terms of ratio, I'd say like 80% of them bomb hard. But, no one holds that against me. In fact, at the end of my fall term, one of the editors gave me a little eraser with the headlines of one of my (eraser-related) articles. The whole thing probably cost like 50c and 15 seconds, but to this day I still have that little thing right above my desk. On its own little pedestal. Jacko's a community where every week I just get to laugh with people who are just amazingly and pleasantly funny.

It's a community that transcends generations too. Mindy Kaling could have gone anywhere. Interviewed anyone anywhere. Harvard, UCSD, somewhere in Florida, wherever. Yet she came back to Dartmouth. And back to the comedy club that she went to when she was an undergrad. I'd like to think that that says something about the Dartmouth experience. And if it means that I get to directly open up a dialogue with Mindy Kaling about the immigrant experience in comedy, well, I'm not complaining.

(YES! I DIRECTLY got to ask her a question! I did make a fool out of myself though… Which is why I didn't get to talk about it here… Yeah…)