¡Hola! My name is Ben and I'm a '25 from sunny Barcelona, Spain. I like way too many things, but I'm especially interested in biology and environmental policy! On campus, you can find me at the new sustainability center, FOCO, and the Green. I'm currently involved with the Global Health community, Class Council, and Dartmouth Dining. Outside these cool spaces, I'm also a big fan of the Outing Club's sunrikes. I can't wait to give you an insider's look into my exciting college life!

Afternoon dips in the Connecticut River!

The Dartmouth essence is to explore. Imagine modeling a sustainable product for an engineering class while writing a paper on a Supreme Court case. Sounds far-fetched? Think again, as Dartmouth offers a stimulating intellectual environment that can integrate all those academic interests. Four quarters in, I'd like to touch on my own journey in the liberal arts. When they say you can have interesting class combinations, they really do mean it. I can talk from personal experience. Just last term alone, I took a data science course, a writing course on Arab Revolutions, and a Portuguese language class—a super diverse mix of classes I don't regret taking! 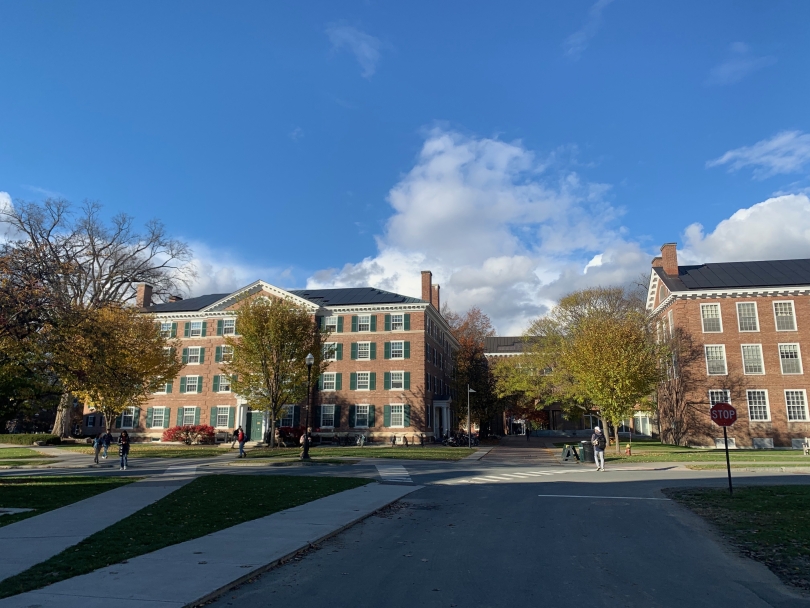 Walking around campus reminds me of Dartmouth's old age. This academic institution has been running for more than 250 years!

For context, Dartmouth operates on the 10-week quarter system, so we typically take three classes each quarter. If four or five classes were the norm, I think we'd compromise on quality and turn into 24/7 study creatures. I like zoning in on just three courses and engaging deeply in the course materials. The quarter system can be fast-paced and stressful but having three-course terms means I also have time to get involved in clubs, do research, and even go on nature walks.

Ever since I got into Dartmouth, I've always wanted to challenge myself and take classes that were outside my comfort zone. During first-year fall, I decided to take Government (what we call Political Science at Dartmouth) and Economics courses. In high school, I specialized in STEM, so enrolling in introductory social science classes felt like a nice break from the science-heavy course load I was used to. Since Calculus I (Math 3) is a prerequisite for a lot of quantitative-heavy majors, I also added it as my third class. For all those afraid of Math, there's no need to fret. Calculus I at Dartmouth is very collaborative. You work on in-class assignments in small groups. Plus, professors and teaching assistants hold many office hours each week. I've never felt that any of my classes were short on resources. 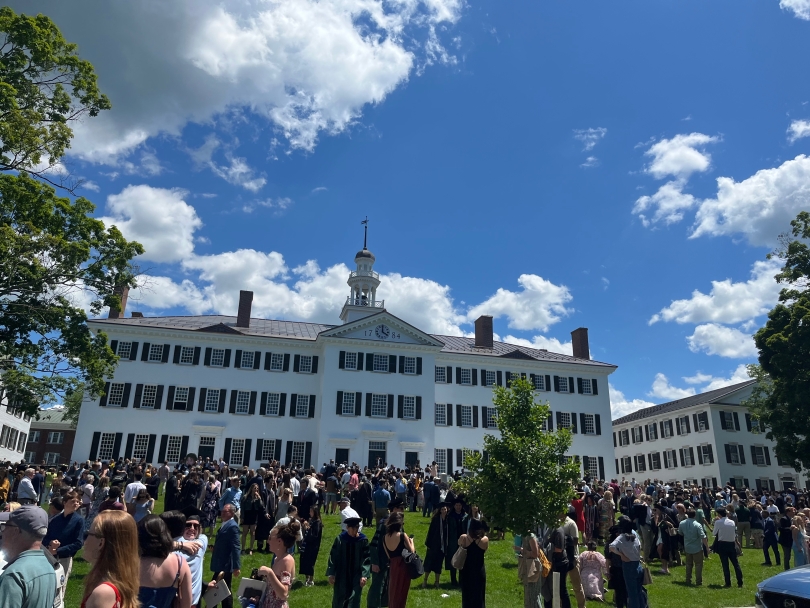 They just renovated Dartmouth Hall, a super famed sight on campus! When I was applying, I really saw myself delving into cool academics here. I'm so excited I can finally start taking classes inside this building.

In my winter and spring quarters of my first year, I took classes in the Computer Science, Geography, Earth Science, and Middle Eastern Studies departments (and more!). I really enjoyed having the flexibility to check out different fields before making a final decision on my major. Dartmouth students have until the winter quarter of their sophomore year to declare their major (and this decision is non-binding!). This huge time window certainly took a huge weight off my shoulders, allowing me to really think things through. Had I been required to declare my major earlier on in my college years, I would have been a lot more stressed trying to choose the subject that was the best fit for me. 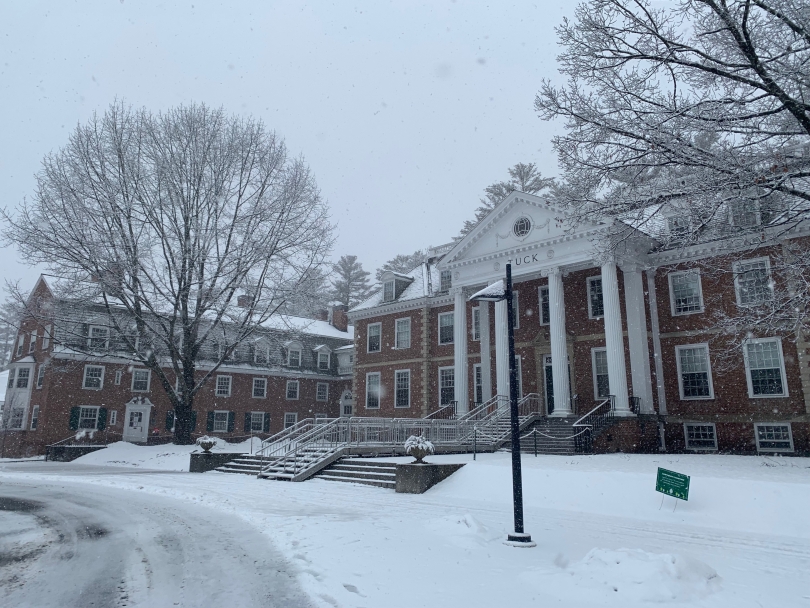 Although Tuck Business School is geared towards MBA students, undergrads can also take classes here! A select number of Tuck classes are offered to undergrads every term.

You might be taking a guess at what I'd like to major in. Back in January 2020, I applied to Dartmouth as an intended Biology major. But I didn't take a single bio class my first year. This break helped me confirm that now, as a sophomore, I really want my major to be Biology. I miss spending time in the lab, and I really want to get involved in epidemiology research projects. That's not to say I'm no longer curious to shop around other departments. I'm taking a really cool Environmental Studies (ENVS) class this term that merges the science, politics, and economics of the environment all into one course! I'm considering adding ENVS as my second major and if I have enough credits left, I'll also minor in Global Health. I'm sure it's pretty obvious that Dartmouth is THE place for people who start off as undecided and want well-rounded education.

Winter has rolled around again… Which means snowsports are back on at Dartmouth!