Normalcy and Waffles: My Start of Sophomore Summer

While waiting for the Dartmouth Coach to take me to Dartmouth, I got a GroupMe message saying that most campus restrictions were getting lifted. Almost all buildings were lifting their mask mandates, and the gathering restrictions were also greatly decreased. Coupled with the fact the vast majority of Dartmouth students are fully vaccinated, this meant one huge thing: College was going to go back to somewhat normal.

After a school year of endless quarantines, a stint in isolation, virtual rush, a campus outbreak, and many many masks, it felt like a complete 180 that when I was going to campus, it would be so normal. Or at least, the new new normal.

And there was one thing that I knew I wanted to do, now that campus restrictions were going back to normal, something I have been missing since the winter term of 2020: Waffles.

Dartmouth Christian Waffles is a weekly occurrence right next to the Rockefeller Center for Public Policy. Every Saturday from 10 PM to Midnight, a group of students would serve waffles to those walking around campus to spread some blessings around. It has been one of my favorite aspects of Dartmouth. It combines my faith, community, and food, and it is fun to see the reactions of students when they see us or when they realize that the waffles are completely free. Dartmouth Christian Waffles was something that really cemented my decision to come to Dartmouth, as my Dartmouth Dimensions host told me about this event, and it immediately got me excited. So to be able to do this event that is so near and dear to my heart, I felt much more complete at the campus. 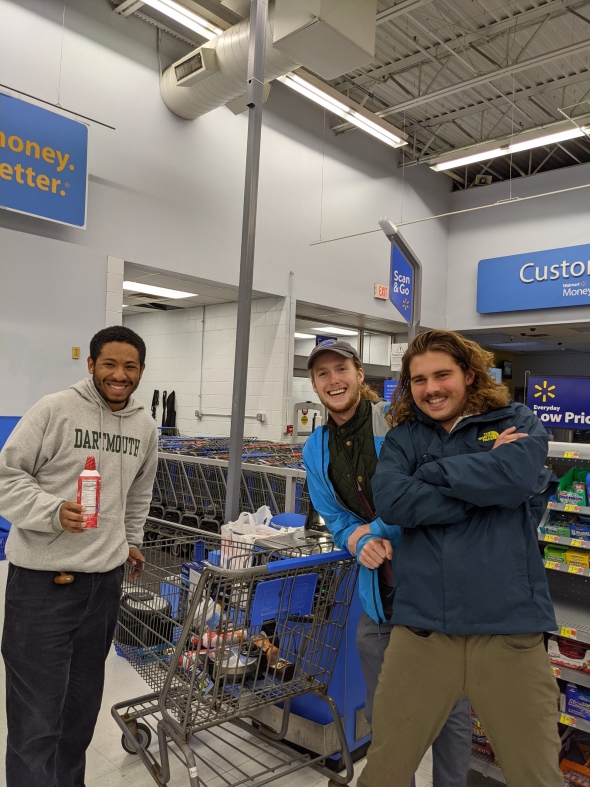 The night started around eight-thirty when my friend picked me up so we could get supplies. We headed to a Walmart in a nearby town to pick up necessities, such as new waffle makers, waffle mix, toppings, and more. Afterward, we picked up a table from two alumni that graduated in 2011. We were missing one, and they were more than willing to let us borrow a table! We then started to get set up. A couple of friends were helping out tonight, and so the setup wasn't terrible. The waffle makers were ready to start cooking, the toppings were out; all we needed were students. 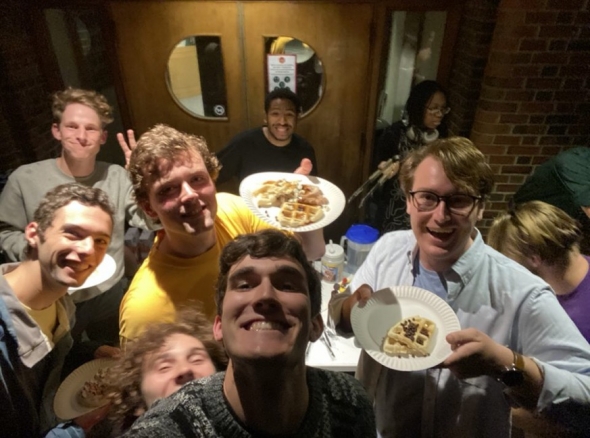 Some of my frat brothers came for some waffles!

And boy, did they come. Two of the helpers went to many Greek houses and advertised the waffles, and that brought large crowds. Our Instagram page advertised the revival of the event, and I made sure to tell people in my Greek house to come to waffles. There were so many people, and at points when it died down, it just sped up all over again. Eventually, the night calmed around midnight, and we were able to pack up.

The night was a success, and it was so nice to finally get back to things that I hadn't done since COVID. This is only the start of my Sophomore Summer, and it is already going great!