I'm at Dartmouth. Now what?

So here's the thing. I have absolutely no idea what I'm doing. I never expected to be so far from home. When I was going through the college application process, I applied to Dartmouth not really expecting much. A sort of "Haha, wouldn't it be crazy if I applied to go to school on the East Coast?"

Don't get me wrong. I did my research, and I ended up falling in love with the school and what it stands for. But, as someone who hadn't so much as visited the campus, I had absolutely no idea what I was in for. Even as I'm here, already three days into classes (at the time of writing this post), sitting in the Baker-Berry library, 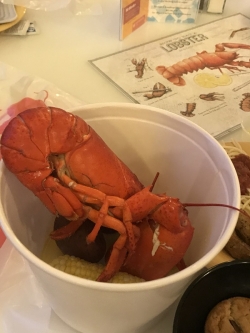 There's no really good place to put this, but it's absolutely vital that you see this. Apparently, this school serves lobster. Yeah.
I don't have a single clue about what's next. But can I be honest with you? I'm loving every bit of it. Though I guess before I can tell you why, I should probably tell you who I am first.

I'm Nick Sugiarto from San Diego, California. Currently, I'm just entering my freshman year, meaning I'm a '23. In my spare time, I'm a huge Tarantino buff, hip-hop head, stand-up nerd, and bookworm. Back in California, I spent the majority of my time in San Diego drinking Boba, playing basketball (granted, not very well), and not seeing snow. Actually, as far as I can remember, I have never seen snow.

Yeah, winter's going to be fun.

Now that you know that, you can probably guess that Dartmouth is more than a tad bit different than what I'm used to. But, that's why I chose the school. This place wants you to try new things and have fun at the same time. It's why so many students choose to travel abroad, join one of the 15,000 (I'm approximating) dance troupes, or take a class exploring "Video Games and the Meaning of Life." There's intellectual and social freedom here you couldn't dream about in high school. 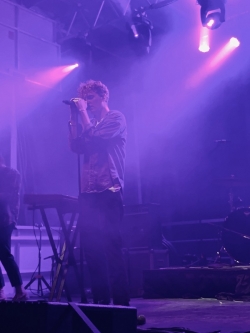 Coin performing at Dartmouth.
As for me, I'm really just excited to embrace it all. There's so many amazing things to do here, like write for the Dartmouth Jack O' Lantern (the school's satire magazine), try out some research, or go skiing for the first time. Already, there's a ton of stuff to do. Just this past Friday the band Coin came to perform at Dartmouth's Fallapalooza.

Academically, I'm planning to study Biomedical Engineering and English, which will probably feed into some sort of pre-engineering or pre-health degree down the line. Who knows? I certainly don't.

All I'm hoping to do is have fun along the way, and maybe write a good story or two about it.

Stick around. Maybe you'll get a kick out of it too.

When picking a college, know that you are not only picking a place to learn about the world, but also about yourself—and Dartmouth is a great place to do just that!

Behold the answer to the question I have been trying to find a concrete answer to for quite some time… "Why Dartmouth, Gavin?" (Part 1)

From a night at the ball to sleeping in a cabin: events at Dartmouth!

Dartmouth has a lot going on all the time – here is an insight into some of the cool events I've attended during my time here so far!