A Week in the Life of a Study Abroad Student

Since September, I have been in London studying on the English FSP at Queen Mary University of London. I decided to document a week in my life here, both the experiences of school and tourist life!

I have one class on Monday, called "Heroes and Outlaws in History and Fiction, 1100-1600". The class looks at the different stories during the late Middle ages, such as a story of Richard of Lionheart, and another one that looked at a Sir Bevis. 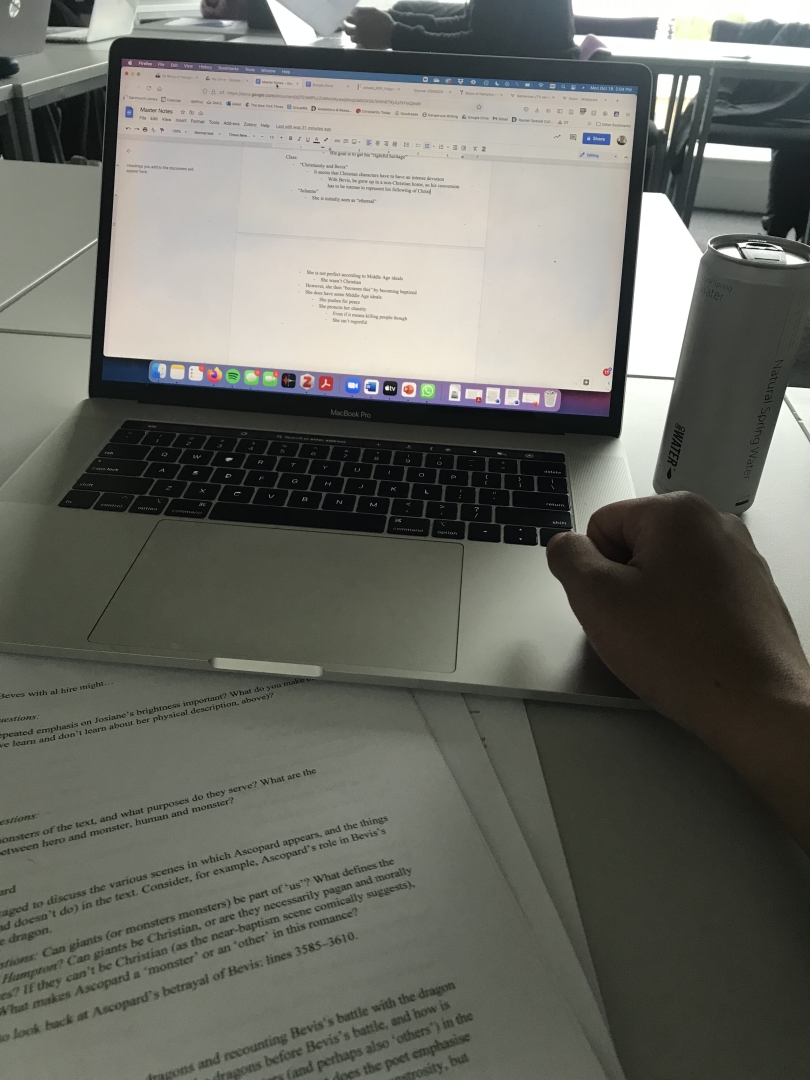 The class is pretty small, and the conversations we have on the texts are really interesting. It is a little hard to read old English though! After class, I decided to go to the gym. I go to the local YMCA, which is actually the oldest one in the world! 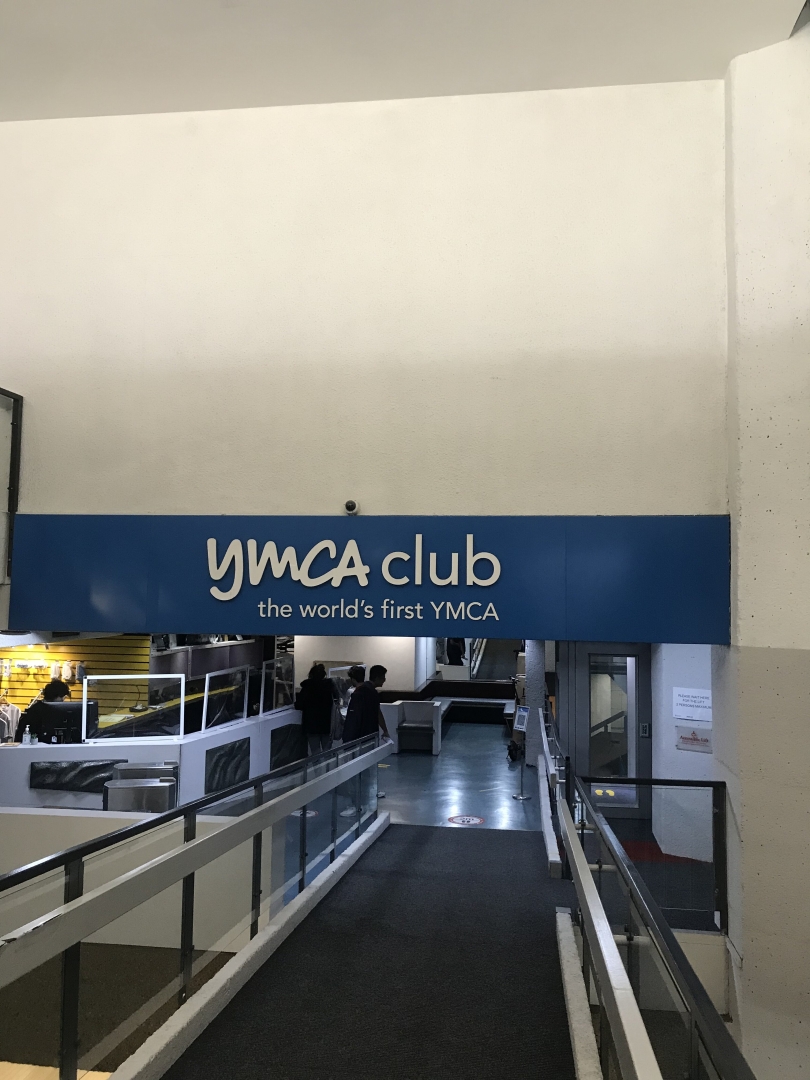 It's fun to stay at the YMCA!

I don't have class today, so I decide to do some work for my classes. I decide to go to the Senate Hall Library, which is the library for the University of London. It is really big, with tons of floors and spaces to work. I decided to work in the religion and philosophy book section for a little bit. Next time I am there, I am going to peruse the books more! 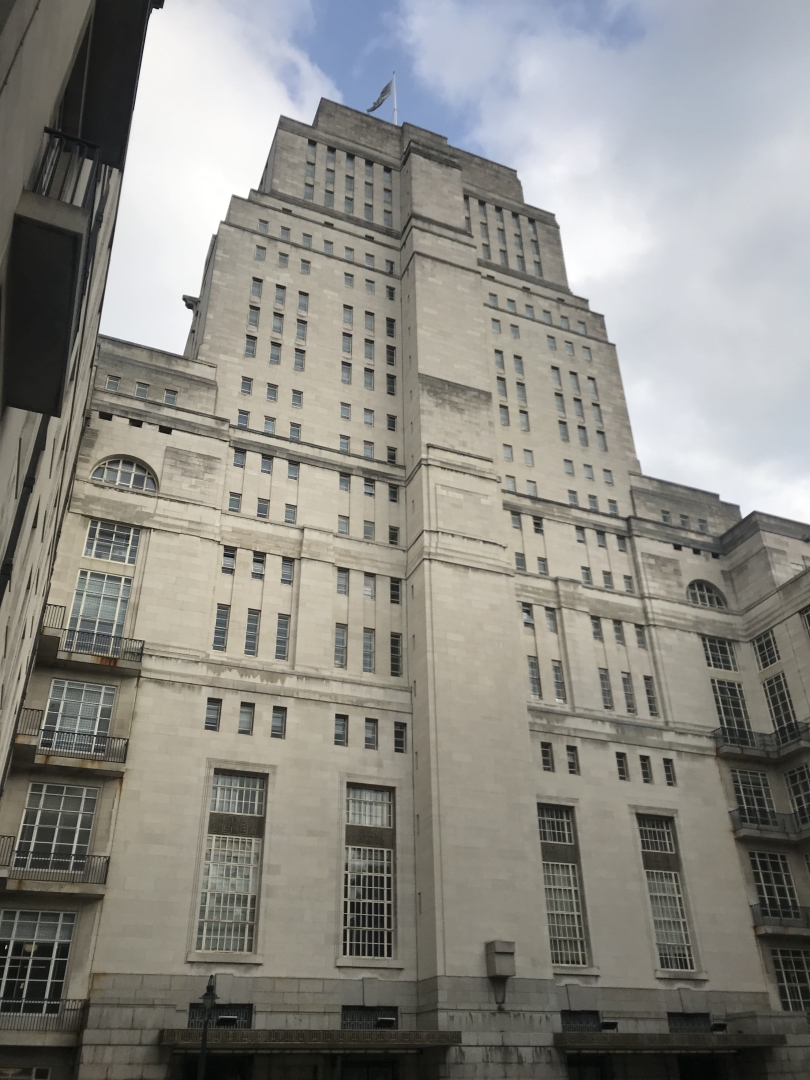 This library looks a little different than Baker!

I also went to a pub called the Court with some of my friends to hang out. It is popular for college students, and I have been there a lot since I've been here!

I again didn't have class, but our English program had a walk around London, where we saw the homes and landmarks of famous poets. 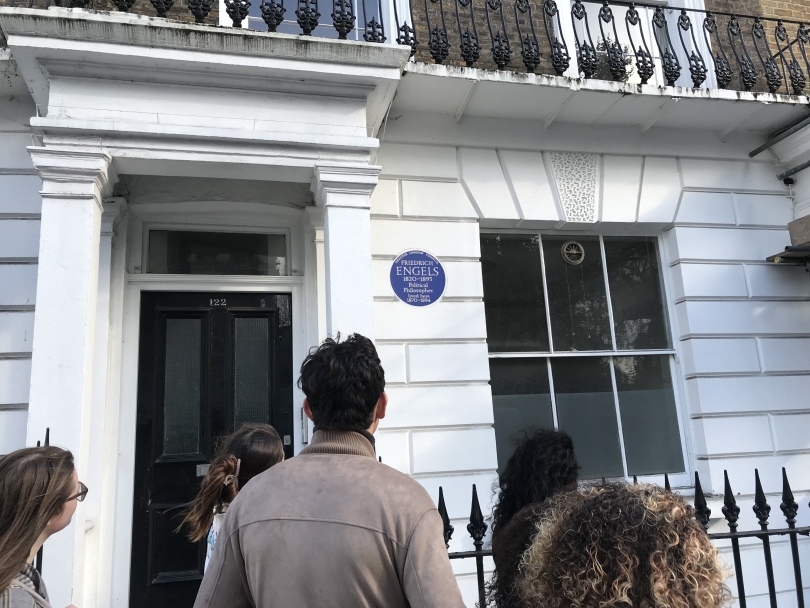 On the walking tour!

For example, we saw the house of Sylvia Plath and Dylan Thomas, as well as a famous church that has some architecture from the Saxons. It was so interesting to see so many landmarks that had such a rich history, and it made me wonder if my work would become so influential that I would be memorialized like this. Hopefully!

I had my "Creative Writing Prose: the Short Story" class today. The class consists of us reading pieces by different authors to improve our writing and then having a workshop on our work so we can get feedback from each other. This class was looking at pieces by five different classmates. The pieces were good!

This day included my final class of the week, "Global Shakespeare", a class where we focused on Shakespeare's works and their influences in adaptations and such. We were looking at Shakespeare's play Othello. I had never read Othello before, and I have got to say, it is a great play! I really felt that Iago was extremely clever! 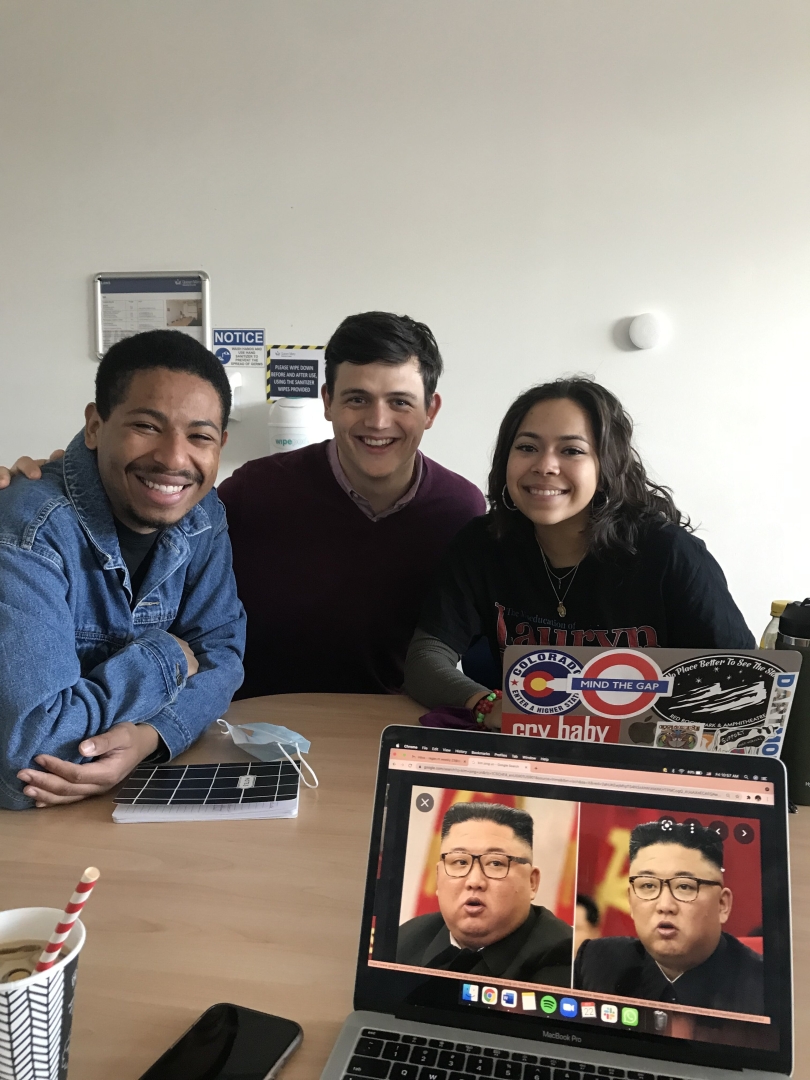 The other Dartmouth students in my class!

After class, I went with two other students (one being a Dartmouth student), to the local mall for food. I got some Thai food, something I might have gotten back at Dartmouth (though I have to say, Tuk Tuk still has my heart).

Saturday was pretty uneventful, but Sunday was amazing! Our English program went to visit Oxford University, which was about an hour away from London. I really enjoyed our time there. We got a tour of the city, and saw things such as the famous Bodleian Library as well as the Radcliffe Camera. 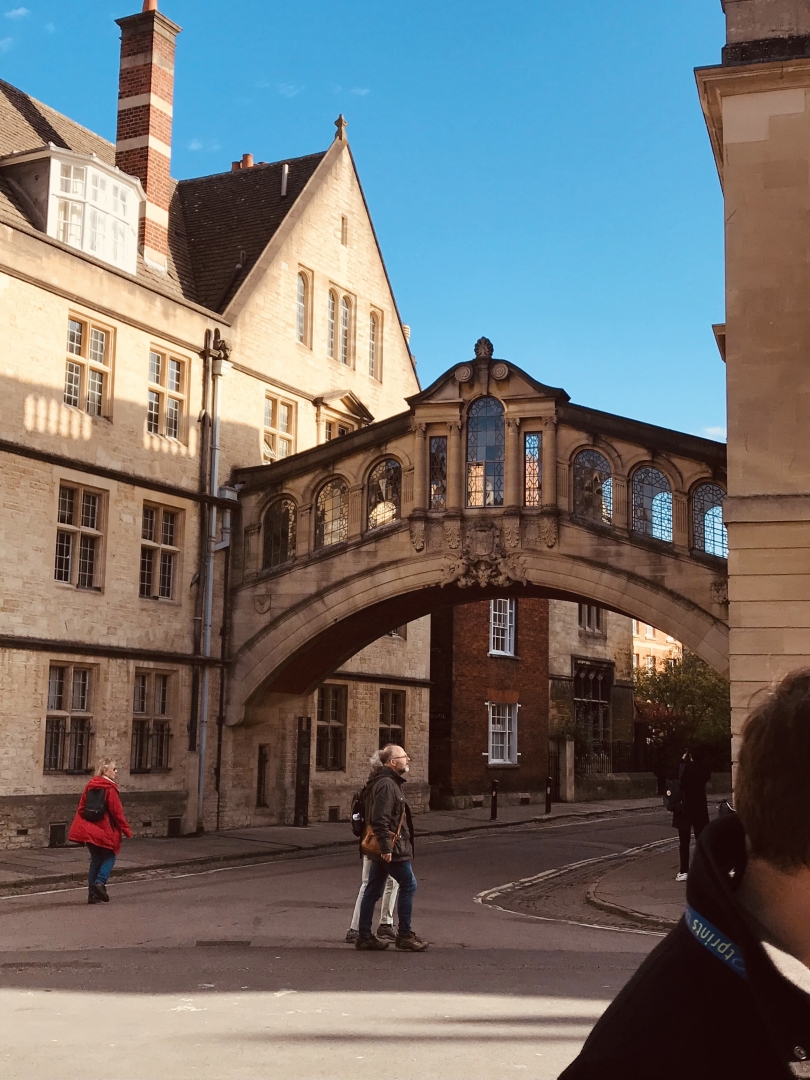 The famous Bridge of Sighs!

But I think the coolest part of my time there was that I went to visit St. Edmunds Hall, a constituent college at Oxford. I wanted to see the inside, and it was only open for current students and prospective students. Since I am interested in Oxford for grad school, I decided to ask if I could walk around. A student overheard me talking, and she gave me a personal tour of the college! It was amazing and very nice of her.

So there you go! That is a week in the life of a Dartmouth student studying in London.

Oh, to being a sophomore!

Honestly, it was hard for me to picture myself in an Ivy League. As I start to meet the incredible people who constitute the class of 2026, the idea that, in three weeks, my last term as a freshman will to an end, shocks me.

Why You Should Study Abroad at Dartmouth

Learning doesn't have to just happen in a classroom on campus. It can happen away from campus when you study abroad, where yes, you'll learn differently, but you'll also live differently in the best way. Everyone should study abroad: here's why.

As my second term at Dartmouth comes to an end, I can't help but reflect on the vital lessons that my experiences this term have taught me.

From my first two terms, I've been able to distinguish three types of Dartmouth classes… are they what you'd expect?

The inside-scoop on the frat ban, rush, and much more.