Testing Testing 1, 2, 3: Starting a Radio Show with my Friends

I've written a lot of blogs in the past in which many of the huge amounts of things to do at Dartmouth have been covered, but perhaps here is one that you haven't heard of: starting your own live radio show! Some friends and I have long been renowned for being great at chatting rubbish. We'll often sit for hours laughing about some dumb stuff with great music in the background in our common room, and the rapport we have is just amazing to be a part of. This term, however, it occurred to us that what we were doing was basically what radio show hosts do!

The WebDCR group sent out their termly email at the start of this term then, and we signed up! Within hours we had a reply asking us for the name of our show and a placeholder photo for the website; honestly we hadn't thought it through this far and spent a rather long time deliberating. We eventually came up with Lorem Ipsum Dolor (the placeholder message for Microsoft Office apps and academic papers), and used a photo of us in Hawaiian shirts (which can be found on one of my earlier blogs for any easter egg hunters out there ;) ). 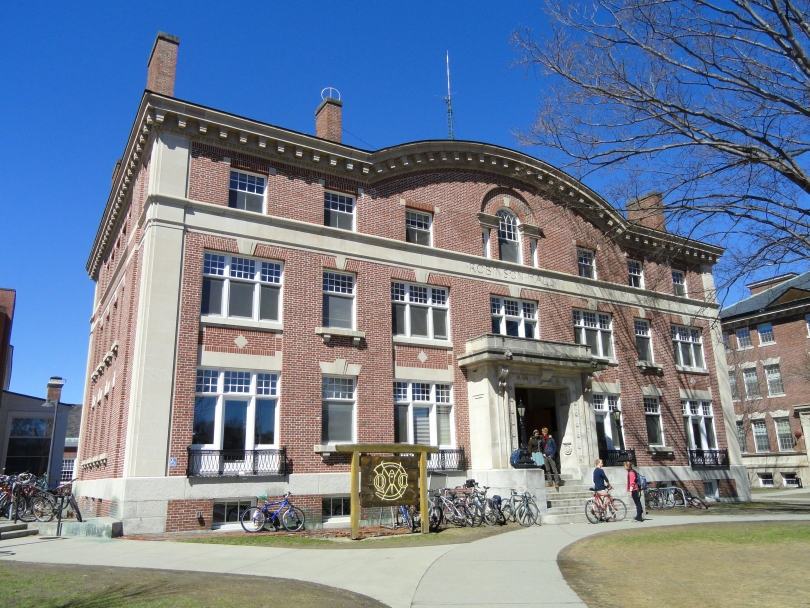 Here is Robinson Hall... Home to the DOC and now Lorem Ipsum Dolor!

Signing up for this kind of thing was surprisingly easy and accessible – you'd expect there to be a range of skills and checks imposed on you before you can even get near a microphone broadcasting to anyone's room – but in reality we just signed up and started! None of us had any experience, and it was a really nice experience to just be able to go in and learn everything from scratch.

Our first two sessions have been really fun so far, and I can't wait to get back in the studio! We air at 5pm on Wednesdays for an hour on WebDCR (shameless plug if anyone wants to check us out), and we generally just have meaningless conversations while playing awesome music.

So there you go, if you end up coming to Dartmouth who knows? You could end up with a radio show!