Welcome to the blog of an Englishman studying at Dartmouth—do take a look around! Hopefully, my blogs will provide you with an insight on life at Dartmouth, and specifically through the eyes of an international student. Dartmouth has a tonne to offer from the staggering natural beauty of its surroundings and stellar academic programs to the wonderful people you meet along the way. So stay a while, I'll make us cups of tea, and take a moment to discover life at the College on the Hill.

Winter Carnival, and the Transition of Terms at Dartmouth!

As of the writing of this, we are officially past halfway through the term here! If I could tell you exactly what week it is I would, but let's be honest, if I check that I'll procrastinate for at least two working weeks and get nothing done—and I want to have my fun with the end of Winter term! So much has happened this term so far, and honestly I didn't know what to expect when coming back to a frozen Hanover. Some questions on my mind that to be honest were there when I originally decided whether to accept Dartmouth came crawling back in a winter specific form. Would there be things to do? Would I find it hard to socialise on campus? ARE MY WINTER CLOTHES GOOD ENOUGH?

Honestly though these problems all became a thing of the past once I hit campus. When you are away from Dartmouth or have never been, it's impossible to conceptualise just how tight knit and full it feels. Though a small home-base, we have thousands of students all in the same area at once, and events and trips every single day if you have spare time that you can go on with friends or with the intention to meet new ones. I found that people were just as excited to socialise as the first term, and getting back after a trip back to my hometown honestly felt like coming home—I don't say that lightly either. I felt like coming back to my floor was being with family again, and I honestly missed everyone so much! 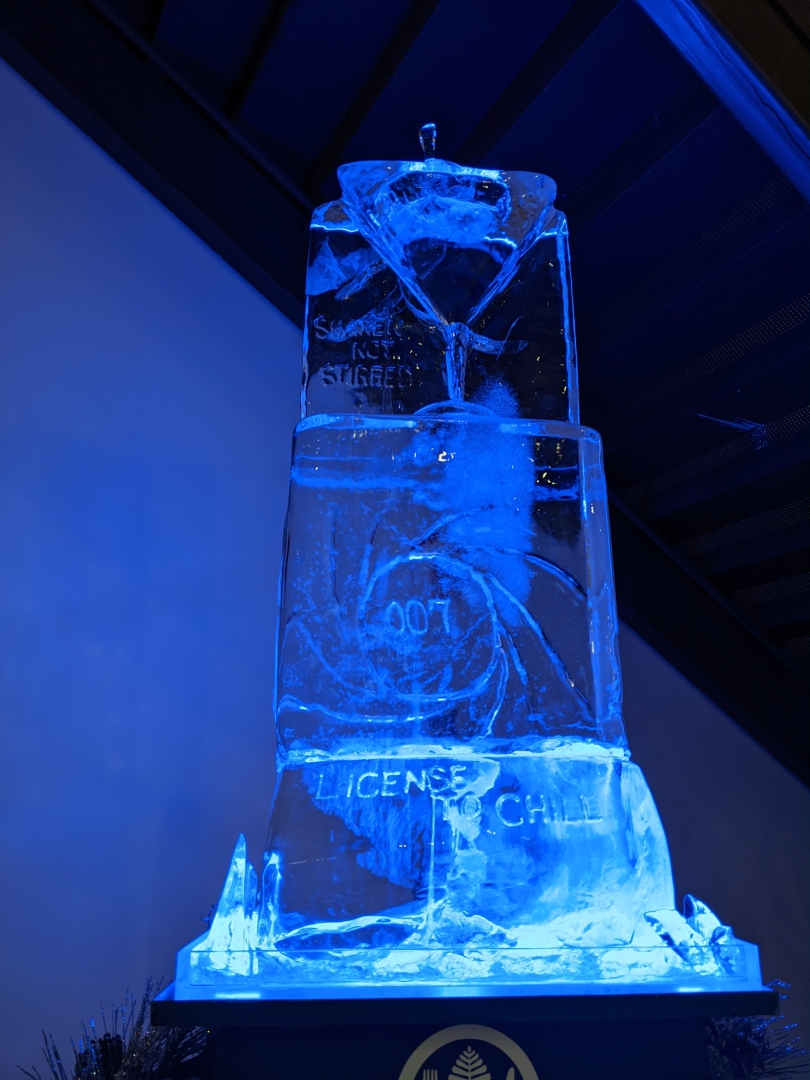 This awesome ice sculpture featured at the Bond-themed Winter Carnival this year!

Another big thing that happened recently and that is a great thing about Dartmouth, is that every term we have a big weekend event! Last term was Homecoming, and this term was the Winter Carnival. This usually means lots of alumni returning to campus, plenty of festivities, and general winter tomfoolery! We had an ice-sculpture contest, a huge snow sculpture, raffles and competitions at Collis, and my favourite part—The Polar Plunge! This is a very 'Dartmouth' event, in which hundreds of us all line up to jump into frozen Occom Pond before swimming across a hole cut into the ice in sub-zero (celsius) temperatures. It was so cold but such a great experience. Afterwards we had hot cocoa, and headed up to the sports centres to watch the Hockey game against Brown! We also had a game against Yale the day after, and honestly even though I understand very little about hockey, it is such a fun sport to watch. 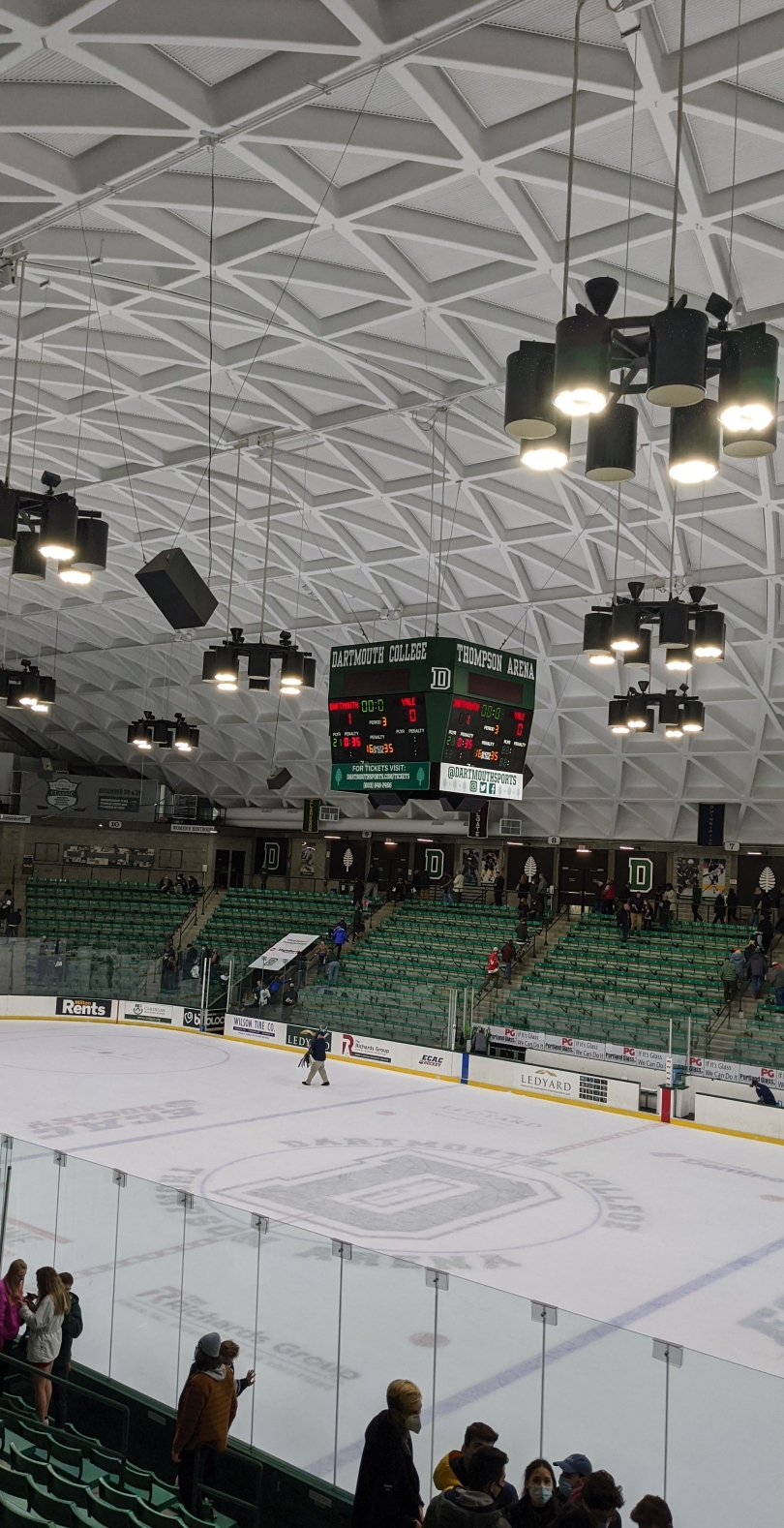 Let's pretend we beat Brown... (We did beat Yale the day after though, just sayin')

Overall, this winter has been just as awesome as fall term was, and though as with any term at college it has had its challenges, I wouldn't change it for anything. Dartmouth is such a dynamic place—completely reinventing itself every term with the weather and population on campus. One thing that is consistent however, is the warm and welcoming atmosphere on campus. There is never a dull moment, and I rarely sit down with nothing to do.