This past week, I had the opportunity to observe Dartmouth Football's Pro Day for a sports story in The Dartmouth, commonly known as The D. I am a huge football fan (growing up in SEC country will do that to you), so the chance to write about two Dartmouth players competing for a spot on a NFL pro team sounded amazing! 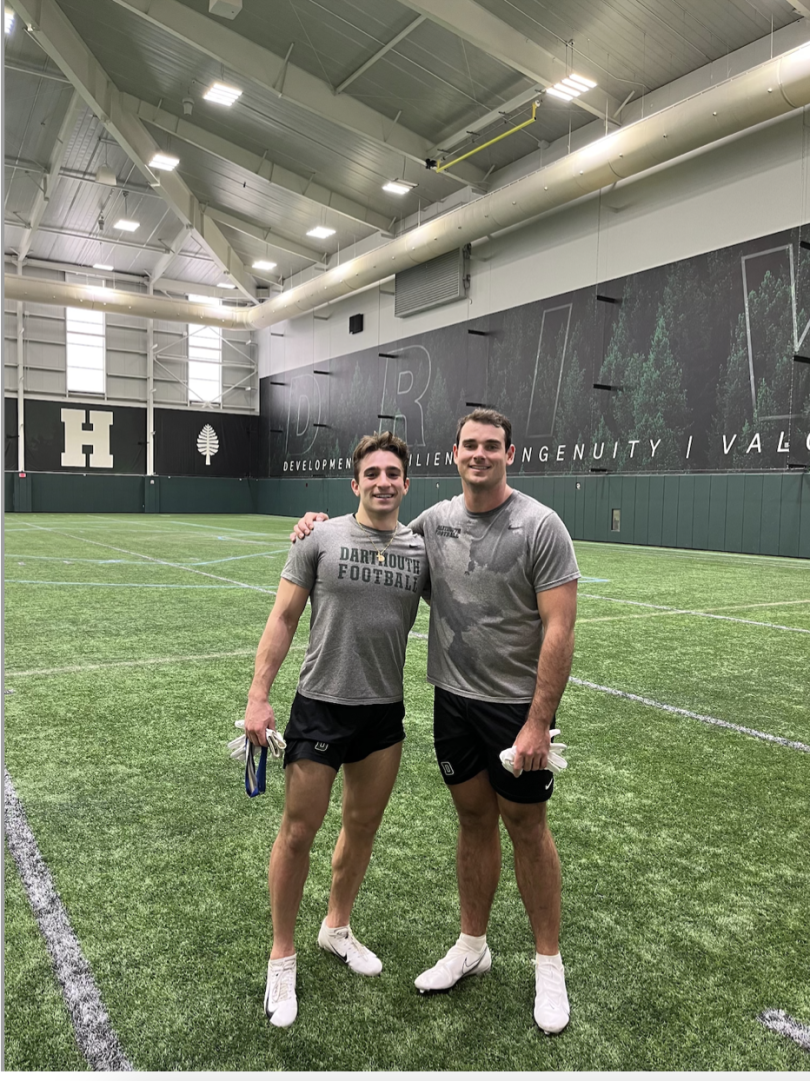 For every story I write for The D, I start with researching the players and statistics of the season, so I did a deep dive into the two players' four seasons playing for the Big Green to get a sense of what they had accomplished and to predict their success in the scouting process.

The exciting part was actually attending the Pro Day! A fellow writer, Stephanie, accompanied me to help capture statistics and pictures of the players doing sprints, bench press, and other assessments. There was a scout from the New England Patriots, and it was so cool to think that at one point he had recruited the likes of Tom Brady.

After the exercises, which took about four hours, I interviewed both players. They were both more than willing to share their thoughts on their performance and overall career at Dartmouth. They both touched on the special Dartmouth Football culture that made them want to come back for a fifth year. I talked to two men who might appear on my TV screen in a year on Sunday Night Football! 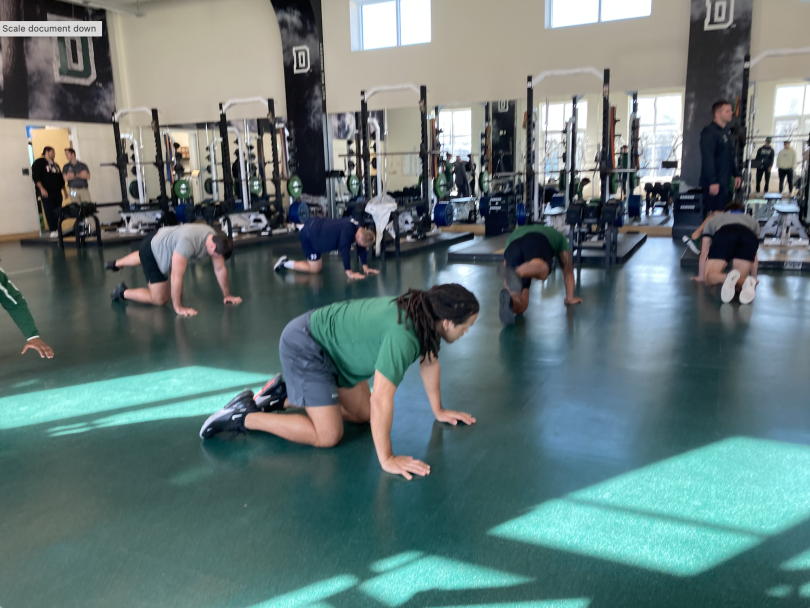 I honed my subpar photography skills for this picture of the players warming up!

I had a full circle moment when I wrote about the Los Angeles Rams, reigning Super Bowl champions, inquiring about one of the Dartmouth players. Sean McVay, the Rams head coach, went to my high school and even did my class's graduation speech!

This awesome opportunity shows the advantages of Dartmouth's small size. At a large state school, there are many more writers competing for stories, and freshmen rarely get a headline story like this one. However, Dartmouth sports has a small group of around ten committed writers, so every week everyone always has the chance to write a story if they want to.