Welcome to the blog of an Englishman studying at Dartmouth—do take a look around! Hopefully, my blogs will provide you with an insight on life at Dartmouth, and specifically through the eyes of an international student. Dartmouth has a tonne to offer from the staggering natural beauty of its surroundings and stellar academic programs to the wonderful people you meet along the way. So stay a while, I'll make us cups of tea, and take a moment to discover life at the College on the Hill.

This week an event occurred of truly monumental proportions: I co-invented a new sport! Me and Remington (a friend on my floor) have officially invented the brand new revolutionary game of Basecap. Sure to be more popular than football, American football, basketball, and its predecessor baseball – our sport can be played with no professional equipment, is easy to pick up, and has a high skill-ceiling!

The game rules are simple: one player is the batter and one player is the server. The only equipment required is a Smartwater bottle or equivalent! The server must 'flick' the cap using their thumb and middle finger towards the batter who is wielding the bottle as a bat. The batter then (predictably) must attempt to return the cap by hitting it with their bat, and collecting points based on how far they hit it. If it goes behind them and they hit it, they get nothing, if they miss, the server gets 1 (presuming it was a 'fair serve' or within reasonable reach), and if they hit it forwards they get a positive amount of points which can be determined by you when setting up the game! If the server catches the return, however, they get whatever points the batter would have gotten from getting it behind the server – honestly this game doesn't need any of these rules, we spent ages just hitting the cap back and forth and trying new serves with curves and the such! 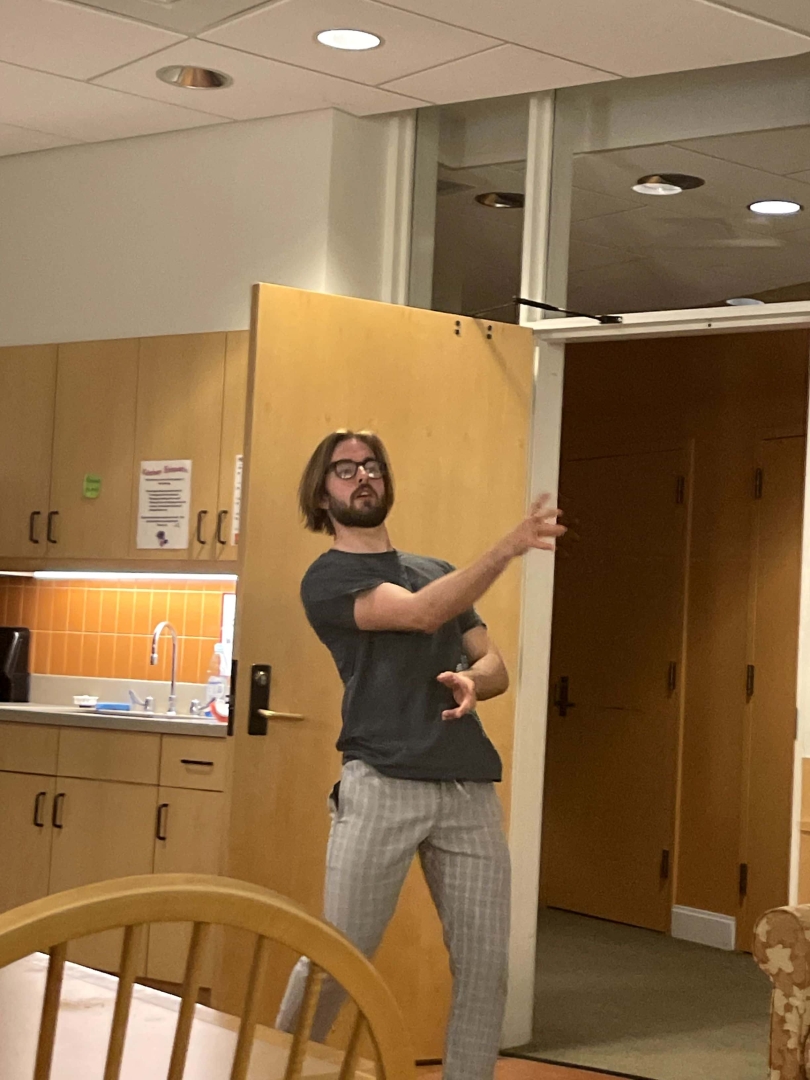 A cool picture of me 'flicking' the cap...

Yes this is a crazily complicated game involving a bottle and a cap that we spent way too much time on, but really it demonstrates a pretty important part of my time at Dartmouth College! We obviously pride ourselves on the great things we get to do on a daily basis, but in reality some of the happiest memories come from the smaller and seemingly insignificant moments in which connections are made with those around you.

This was a long segue, but I guess the point here is that at Dartmouth, I am able to surround myself with people who are willing to spend two hours on a stupid idea we had for a new sport rather than do the work we have due the next day. It is full of people who want to have experiences and get to know each other

My Firsts Halfway Through The Term

Firsts — what they mean, and how they come to life at a place like Dartmouth.

Life Outside The Classroom

At Dartmouth, students are just as involved in activities outside of the classroom as they in their classes!

During winter at Dartmouth, hockey is a pretty big deal. There's no game more important, though, than the annual bout against Princeton! Here is why it is so anticipated every year!