I walk into my 'classroom' in the hop (which is really a multi-use arts studio), and I am immediately confronted with my term ahead in a way that challenges my academic experiences so far. My to-be classmates are stood in a circle all without shoes on, and so I take mine off too. The instructor simply looks at us for a while (probably a couple seconds but it felt like hours), and then starts jogging! "Come on join in then" she jovially exclaims, "and stop running all in the same direction!" Shortly after. Now for a person who has done non-arts stuff for YEARS, this was a shock to the system. The rulebook was out the window, and that was the point. At first I was kind of in shock and couldn't take it seriously, but by the end I really felt like I'd actually learnt something?

I can tell you now 3 weeks in, that I was not wrong in my assessment by the end of the class. I have learnt more fundamental thinking skills in this class that I will carry forward than in any other – the class is THEA 10.8 Creativity and Collaboration for anyone who is interested. Every class is different; we spent the first half of one class with chairs, and we did an exercise where we would run from the edge of the room to our chair and assume the first position with it that sprung to mind, leading us to realise how valuable spontaneous thinking can be. 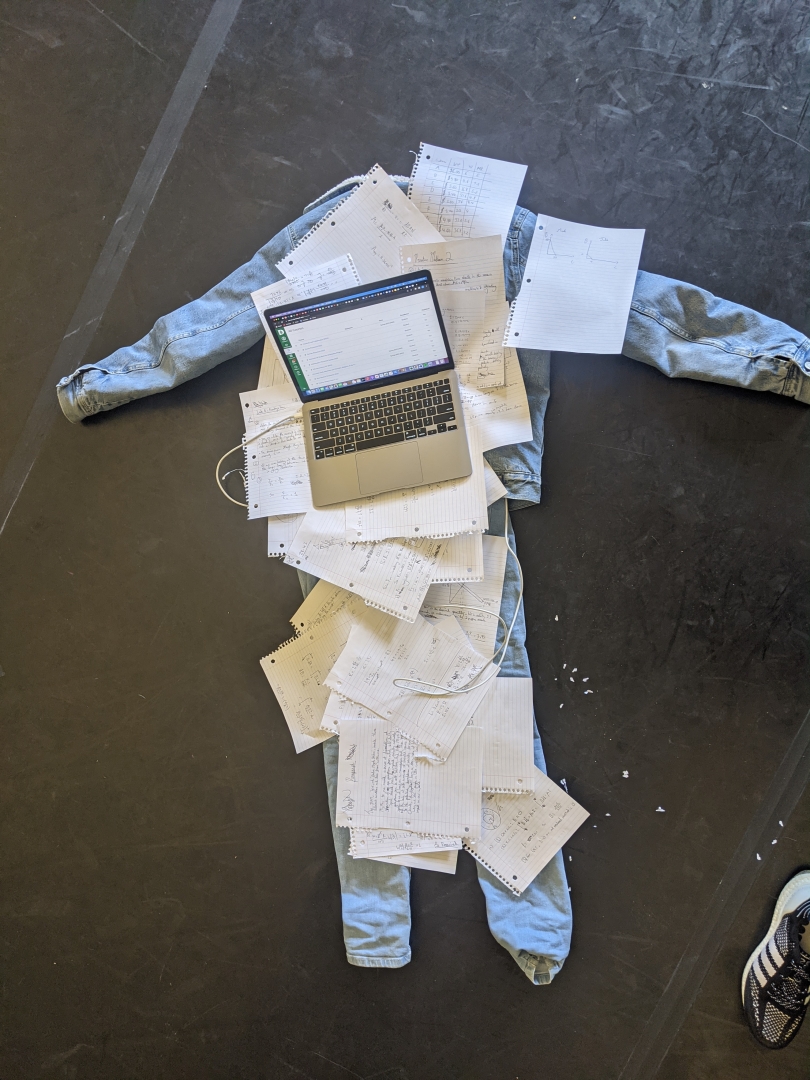 Our first class task was to make a sculpture from items in our bags!

The class then also involves us devising and partaking in our own performances – the first of which is meant to utilise light and movement to demonstrate paths and obstacles. The only catch however is that we are only allowed 3 props meaning we have to really get creative with how we show emotions and portray the subject matter! Alhough these exercises don't seem applicable to economics or STEM, they require you to think creatively and on your feet, along with collaborating in a team! This is where the diverse and freeing liberal arts system at Dartmouth truly shines and proves its usefulness.

This class is the perfect example of why I chose Dartmouth. Though an economics major I have the academic freedom and time to do such a wide range of classes, and I can just decide to do theatre one term! These experiences aren't just fun either, I really feel as though the skills I am picking up are transferable, not only can I now operate and set up lights but I have a whole new perspective on what creativity and collaboration mean