Hello, and welcome to my neck of the woods! My name is Brendilou Armstrong, and I am a '26 hailing from the cornfields and grassy plains of Western Nebraska. This year, I plan to involve myself in Dartmouth's Wind Ensemble, Women in Computer Science, and the Dartmouth QuestBridge Network (as I am an FGLI student who matched to the College on the Hill last December!). I couldn't be more excited to set out on this expedition through college alongside all of you. Thanks for visiting my page!

As finals approach and my countdown for winterim (winter break) changes from double digits to single digits, I reflect on my first term here as a Dartmouth student–the traditions, classes, routines, and connections that have defined my first-year fall.

I began my first-year year with move-in day on August 31st, orientation week directly following, and first-year trips (an experience that I have already documented in one of my earlier posts…go check it out)! The atmosphere of the Big Green–the clear air, tranquil solitude, and picturesque landscape–welcomed me for the first time, and I slowly began to settle into my home for the next four years. 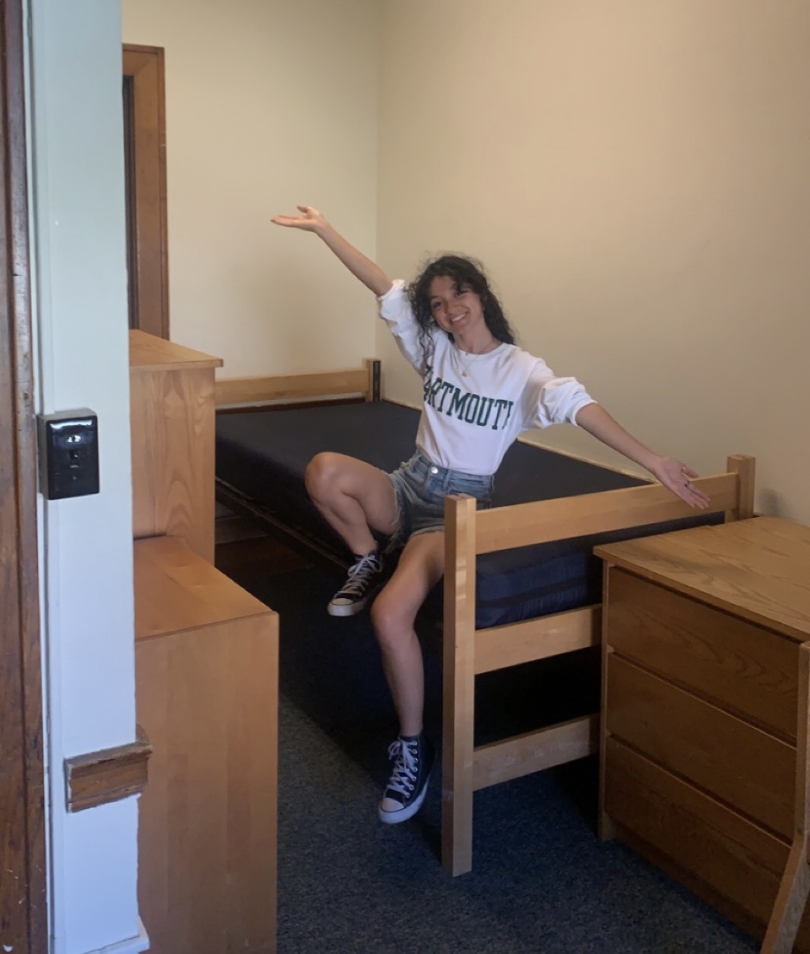 With orientation week came Matriculation (a tradition where all first years are officially welcomed into the Dartmouth community), Fallapalooza (a start-of-term concert, this year featuring Peach Tree Rascals and John K), and, of course, the first day of classes. My schedule, despite being significantly shorter than that of my high school schedule from just a few months ago, still proved to be much more intense than I had anticipated. The heightened workload and fast-paced classes completely contrasted the learning environment I had been adapting to for years. Although this was difficult to adjust to at first, the newness of studying three courses for a mere ten weeks allowed me to fully reinvent a daily routine for myself, one that I would use not only for the purpose of academics, but for the purpose of self-care as well. 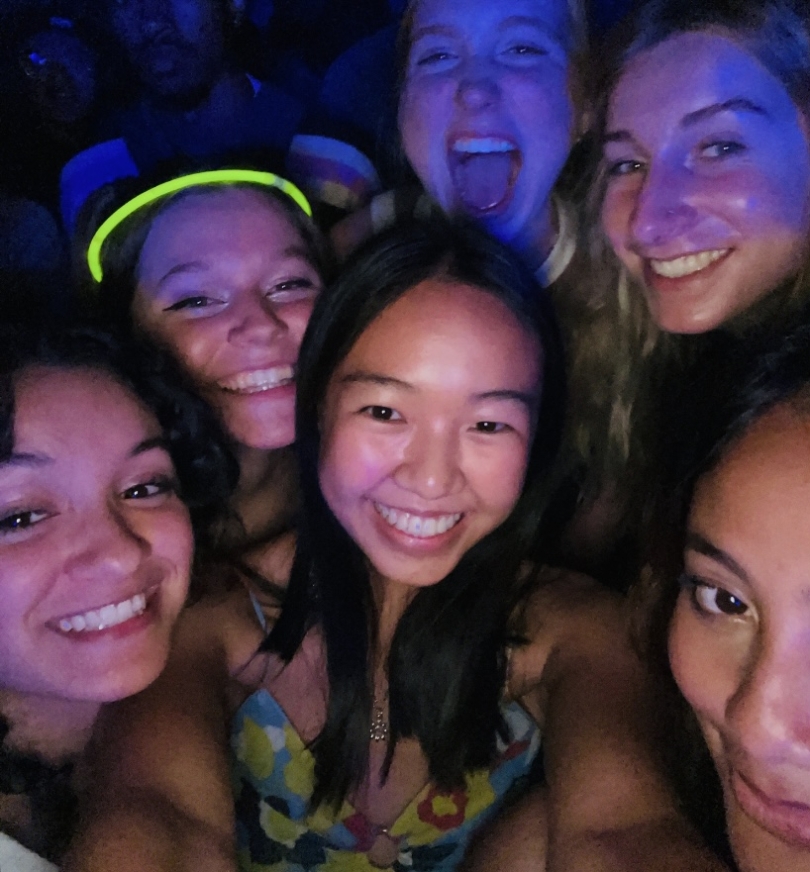 My friends and I at this year's Fallapalooza concert!

I began to prioritize my mental health as it became more prominent in my everyday life. And as a result, I spent more time in nature, more time journaling my thoughts down instead of burrowing them away, and more time building relationships with those around me. Surrounding myself with supportive and open-minded friends steered me away from the inevitable feeling of loneliness and homesickness, allowing me to actively live in the moment and cherish experiences like my first Homecoming Bonfire and DCWE (Wind Ensemble) concert more with each passing day. 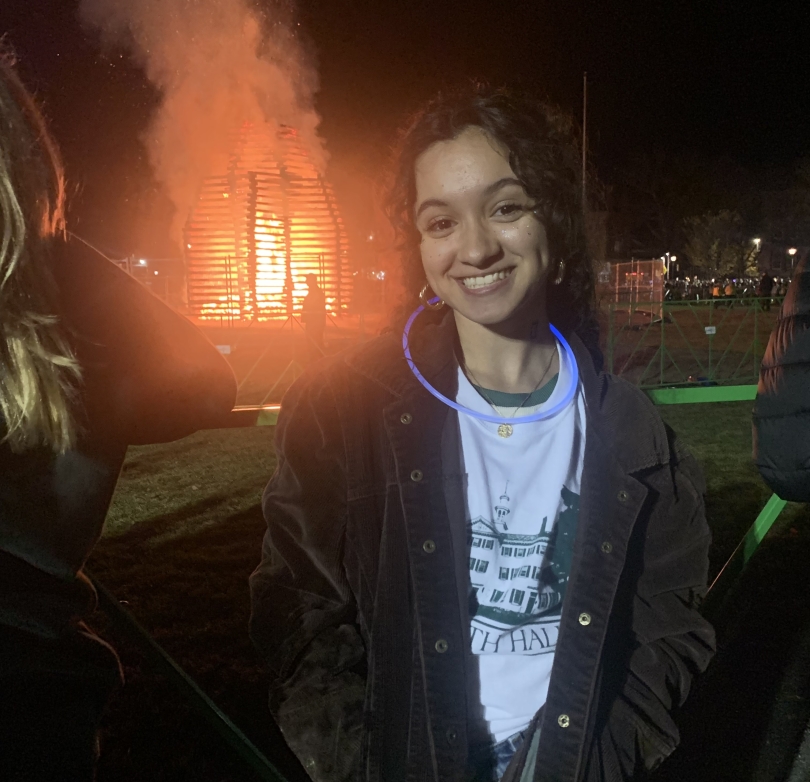 Me in front of the Homecoming Bonfire!

Looking back on the individual I was at the beginning of the term, I can't help but notice the gradual changes I have made both emotionally and academically. I anticipate the end of my first-year fall with a satisfactory view on how I spent it, and I look forward to the beginning of winter term and how those future experiences will impact me as well. 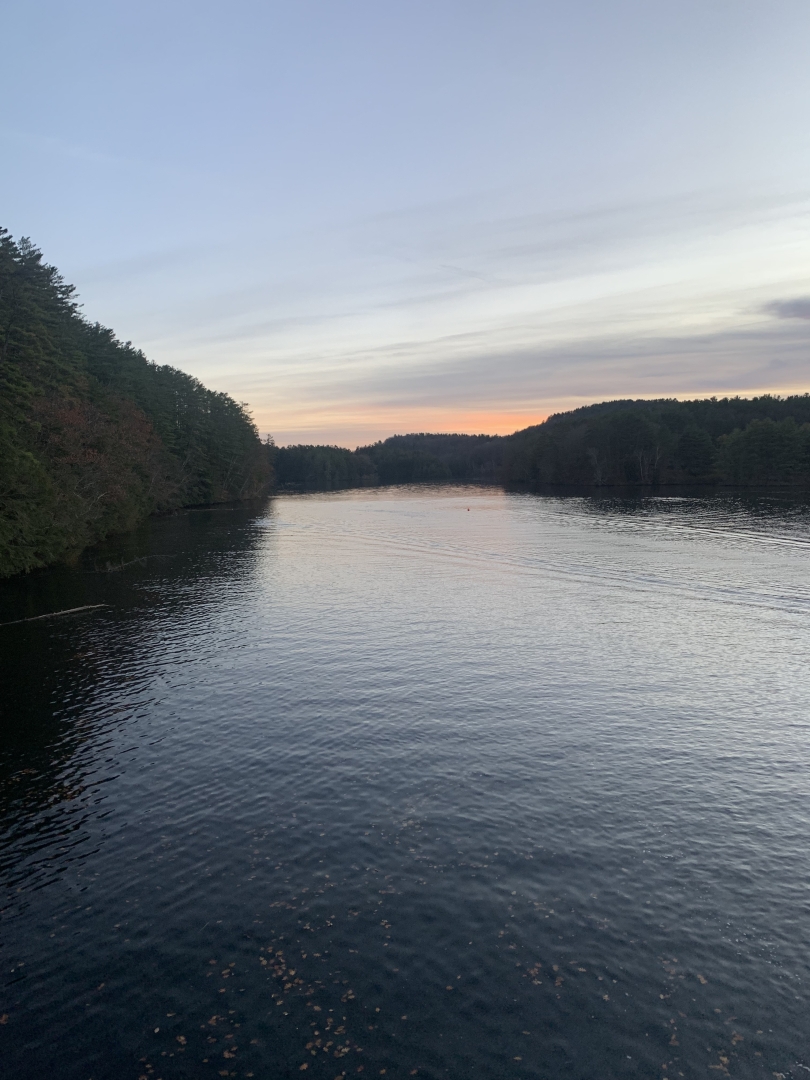