Howdy, y'all! I'm Alex, a queer and trans student from Tennessee. I am beyond excited to tackle my first year of college here at Dartmouth, and just as thrilled to share my experiences with you guys! I hope to get involved with the Dartmouth Outing Club, the Theatre Department, and other activities here! I'll let y'all know how it all turns out!

English Major modified with Women's, Gender, and Sexuality Studies, and a Theater Minor

Auditions and callbacks were during week 1 of the term. We were told to prepare a one minute excerpt from a song that we would sing at the audition, and then we would read "sides" (short scenes from the show specifically chosen to be read at auditions) for whichever character we wanted. I sang Santa Fe from Newsies, and read for the character of Pippin.

I was called back for Charles (aka King Charlemagne, Pippin's father), so for callbacks I sang an excerpt from "War is a Science" (Charlemagne's song in the musical) and read some sides as Charles. There was also a dance call at the callbacks, which meant that everyone who was called back was taught a dance and after an hour or so of rehearsal, we all performed it in small groups.

When all was said and done, I was cast as Charlemagne, and I was beyond excited! 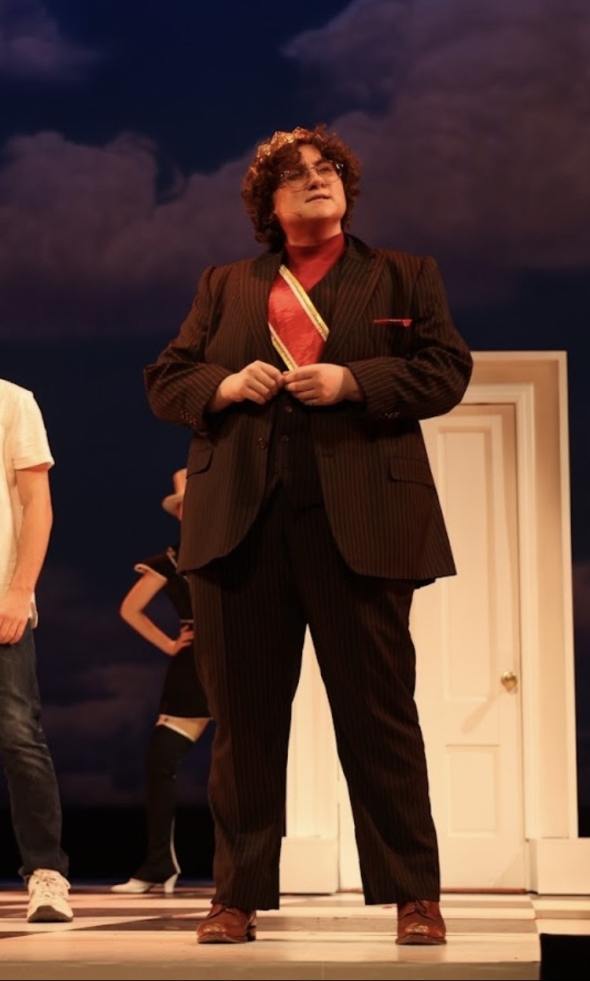 The rehearsal process started at the beginning of week 2. By the end of week 4 we had learned all the vocals for the show and the principal characters had begun diving into scene work. By the end of week 6 we knew all the choreography and had blocked the whole show. Week 7 we began to "tech" the show, or incorporate all the technical elements (props, transitions, scenery, lights cues, sound cues, etc.), in order to open at the end of week 8, and close week 9 – right before finals begin.

Dartmouth's 10-week term means fast-paced, rigorous academics – but let me tell you, this fast-paced rigor extends to production processes in theater shows as well. It was a huge undertaking for the time we had, but everyone put their best foot forward and we got to create something beautiful because of it.

Being a part of a Mainstage Production at Dartmouth is no joke! It's a major time commitment, especially for a freshman fall, but if you ask me, it was absolutely worth it.

During Orientation week, we were told that our academics would require the equivalent of a 40-hour work week, including the work we do both inside and outside of class. Most weeks, rehearsal time alone would average an extra 10-12 hours, and the week before opening demanded between 30-40 hours of time, so it was really important to be on top of (or ideally, ahead of) my work during the three week period between tech and closing.

Behind the Scenes Friendships

The friendship and camaraderie among the cast and crew made rehearsal time incredibly fun. Because of the sheer amount of time spent with them this term, the people involved in this production are those I feel closest with at Dartmouth. Even outside of rehearsals, we spent a lot of time together. We had company socials and celebrations, birthday parties and halloween parties, even a gift exchange on closing afternoon of the show – and we've formed friendships that I know will last through our time at Dartmouth. 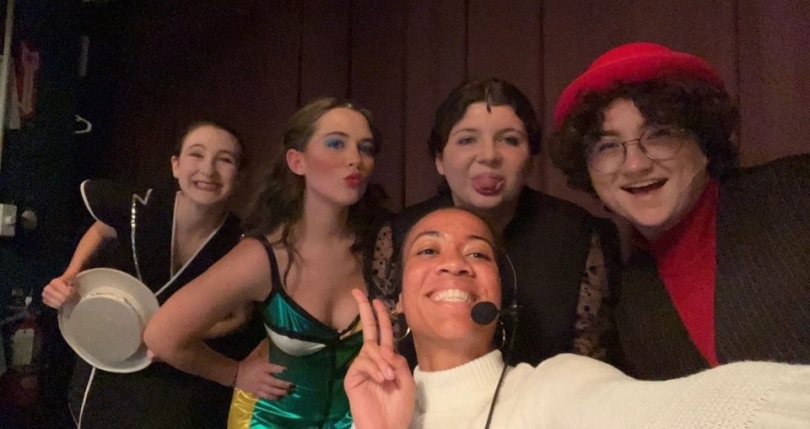 Unfortunately, I got the flu in between the show weekends – for all the drama, check out my previous post. Thankfully, I recovered in time to perform for closing weekend – partially thanks to friends from the cast and crew who brought me food, medicine, and other essentials when I was too sick to leave my dorm. I truly can't emphasize enough how lovely and supportive the Pippin company and community has been this term.

I was incredibly lucky that I had family and friends come to see almost every performance in our 7-show run. My aunt, uncle, and cousin drove up from Massachusetts to see opening night; my partner flew in to see the show opening weekend; my grandparents drove up from New York on opening night of closing weekend; and my parents and siblings flew up from Tennessee to see the last two performances!

It was a great run and a great production. I'm hopeful that I will work with these people again in future productions on campus, and excited to see where the future takes all of us.

About painting and the Studio Art Department at Dartmouth!

Going on Tour with the Dartmouth Rockapellas!

This last week, I went on tour with the Dartmouth Rockapellas, an acapella group on campus, in San Francisco!

Since our first concert of the year just passed, here is my first-year fall experience as a member of the 2022 Dartmouth College Wind Ensemble to any prospective musicians!

Even if you don't have much experience with music or performance, there are plenty of opportunities letting you explore it! I participated in just one of these venues, the Library Concert Series!

A Week in My Life at Dartmouth

Happy end of Week 6! Let me share what I did this week!

Ever Wanted to Learn an Instrument in College?

For free? And a course credit? WHAT? The Individual Instruction Program is a great place to start!