Honorary degrees will go to seven leaders in the arts, athletics, law, and sciences.

Cellist Yo-Yo Ma, a 19-time Grammy award winner who has recorded more than 100 albums and performed on concert stages throughout the world, will deliver the main address and receive an honorary degree at Dartmouth’s 2019 commencement on June 9.

Ma’s multifaceted career is a testament to his enduring belief in culture’s power to generate trust and understanding. Whether performing new or familiar works from the cello repertoire, collaborating with communities and institutions to explore culture’s role in society, or engaging unexpected musical forms, Ma strives to foster connections that stimulate the imagination and reinforce our humanity.

With partners from around the world and across disciplines, he creates programs that stretch the boundaries of genre and tradition to explore music-making as a way to share and express meaning, and as a model for the cultural collaboration he considers essential to a strong society. Expanding upon this belief, in 1998 Ma established Silkroad, a collective of artists from around the world who create music that engages their many traditions. (Silkroad’s first executive director was Theodore Levin, the Arthur R. Virgin Professor of Music at Dartmouth.)

In August 2018, Ma began a new journey, setting out with “The Bach Project,”  to perform Johann Sebastian Bach’s six suites for solo cello in one sitting in 36 locations around the world, iconic venues that encompass our cultural heritage, our creativity, and the challenges of peace and understanding that will shape our future. Each concert is an example of culture’s power to create moments of shared understanding, as well as an invitation to a larger conversation about culture, society, and the themes that connect us all.

Ma, who will receive a doctor of arts honorary degree, is no stranger to Dartmouth. He has twice been in residence as a Montgomery Fellow. In April 2018, he played music and gave a lecture called “Culture, Understanding, and Survival.”

“We are thrilled to welcome Yo-Yo Ma back to Dartmouth. His presence on campus underscores our enduring commitment to the arts,” says President Philip J. Hanlon ’77. “He joins a stellar group of honorary degree recipients who are all, in different ways, advancing our understanding of the world and improving our lives.”

The other honorary degree recipients are: 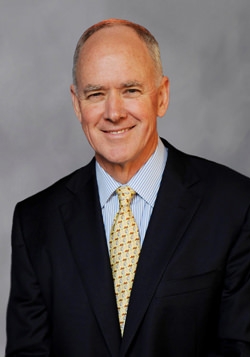 Richard “Sandy” Alderson ’69
Sandy Alderson returned to the Oakland A’s organization this year as senior adviser to baseball operations. It will be his 18th season with the A’s. Alderson joined the team as general counsel in October 1981 and was named executive vice president, baseball operations, in 1983. He was the architect of the team’s three straight American League Pennant winning clubs from 1988-90, including a world championship in 1989. He served as general manager through 1997 and was president from 1993-95 and 1997-98.

Alderson received his bachelor’s degree from Dartmouth in 1969 and graduated from Harvard Law School in 1976. He served as a Marine infantry officer for four years, with a tour of duty in Vietnam. He and his wife, Linda, have two children and five grandchildren. 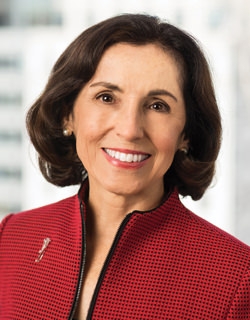 France Córdova
France Córdova is an astrophysicist and the 14th director of the National Science Foundation, the government agency charged with advancing all fields of scientific discovery, technological innovation, and science, technology, engineering and mathematics (STEM) education.

Córdova is president emerita of Purdue University and chancellor emerita of the University of California, Riverside, where she was a distinguished professor of physics and astronomy. She was the vice chancellor for research and a professor of physics at the University of California, Santa Barbara. Previously, Córdova served as NASA’s chief scientist. Prior to joining NASA, she was on the faculty of Pennsylvania State University, where she headed the department of astronomy and astrophysics. Córdova was also deputy group leader in the Earth and space sciences division at Los Alamos National Laboratory. She received her bachelor of arts degree from Stanford University and her doctorate in physics from the California Institute of Technology.

Cordova’s scientific contributions have been in the areas of observational and experimental astrophysics, multi-spectral research on X-ray and gamma ray sources, and space-borne instrumentation. She is a fellow of the American Association for the Advancement of Science and the Association for Women in Science.

Córdova is married to Christian Foster, a science educator, and they have two adult children. 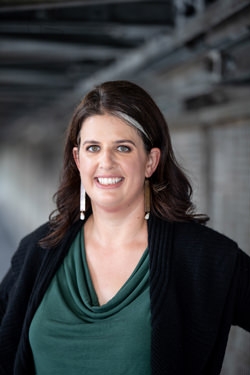 Rebecca Heller ’05
Becca Heller is the executive director and co-founder of the International Refugee Assistance Project (IRAP) and a visiting clinical lecturer in law at Yale Law School. During her second year in law school, in 2008, she co-founded IRAP to address the unmet legal needs of refugees seeking resettlement in a safe country. IRAP organizes thousands of law students and lawyers all over the world to advocate for the legal rights of refugees and other displaced persons.

In the wake of President Trump’s executive order banning millions of people from seven predominantly Muslim countries from traveling to the United States, Heller and IRAP marshaled thousands of lawyers to go to airports nationwide to fight the ban and protect people who were trying to enter the U.S. IRAP continues to be on the front lines of the global struggle for the rights of the forcibly displaced.

Heller has received numerous awards in recognition of her work with IRAP, including a MacArthur Fellowship. After receiving her bachelor’s degree from Dartmouth in 2005 she earned a JD from Yale Law School in 2010. She also spent a year living in Malawi as a Fulbright Scholar. 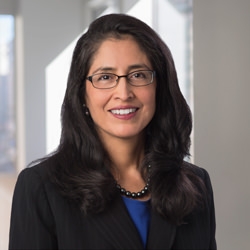 Hilary Tompkins
Hilary Tompkins has extensive experience in natural resources and environmental law at the highest levels of government. Most recently, she served in the presidentially appointed, Senate-confirmed position of solicitor for the U.S. Department of the Interior (DOI), the agency responsible for the management and conservation of public lands, natural and wildlife resource programs; and as the trustee for Native American tribes.

Tompkins oversaw litigation in support of DOI decisions, including cases before the U.S. Supreme Court, and issued landmark legal opinions. Her accomplishments include the development of legal reforms following Deepwater Horizon, the successful defense of the first renewables on public lands, and resolving complex disputes involving multi-stakeholder projects under the Endangered Species Act, the National Environmental Policy Act, the Migratory Bird Treaty Act, and the National Historic Preservation Act, among other statutes.

Before serving as DOI solicitor, Tompkins was counsel to New Mexico’s governor, acting as his chief legal adviser on all matters, from appointment of judges and interpretation of constitutional authority to enactment of legislative initiatives. 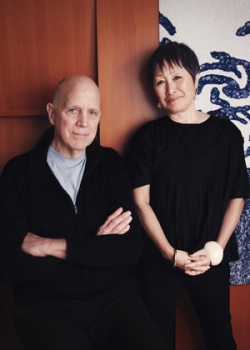 Tod Williams and Billie Tsien (Photo by Taylor Jewell)
Tod Williams and Billie Tsien have been working together since 1977, and founded their New York architecture practice in 1986. Their studio focuses on work for institutions such as schools, museums, and nonprofits. Their buildings are made from the inside out in ways that speak to both efficiency and the spirit.  A sense of rootedness, light, texture, detail, and most of all, experience, are at the heart of what they design.

Some of their notable projects include the Barnes Foundation in Philadelphia and the Asia Society Hong Kong Center in Hong Kong. They are currently designing the Obama Presidential Center in Chicago. Over the past several years they worked intently and collaboratively with the Dartmouth community on the newly renovated and expanded Hood Museum of Art.

In parallel with their practice, Williams and Tsien are devoted participants in the broader cultural community, with longstanding associations with many arts organizations. They also both maintain active academic careers and lecture worldwide. As educators and practitioners, they are deeply committed to creating a better world through architecture.

Events during the week leading to the June 9 commencement ceremony on the Green include: