Coding for Every Major 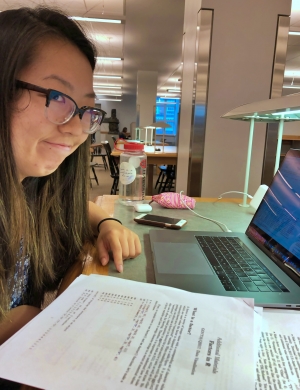 My older sister working on some of my old data visualization problem sets when she visited me for a weekend. Since she was also learning R for her Ph.D. classes, she thought it would be a good opportunity to practice!

Regardless of what major you may be, there are ways to learn practical skills that will likely be valuable in the work force. Some of those are programming and statistics. In this data-driven world, where analyses and modeling dominate much of the research being produced in every field, it's becoming more and more important that we, as students, acquire the ability to contribute, for both internships and full-time jobs after graduation.

Now, that doesn't mean that everyone has to suddenly become a computer science major overnight or start studying five different programming languages. Rather, I think what most students have realized is that it benefits them and their future career to at least learn the basics. It's easy to focus on quantitative analyses pertaining your field of interest because there are a few different type of "10" classes, including PSYCH10, SOCY10, GOVT10, ECON10, and MATH10. 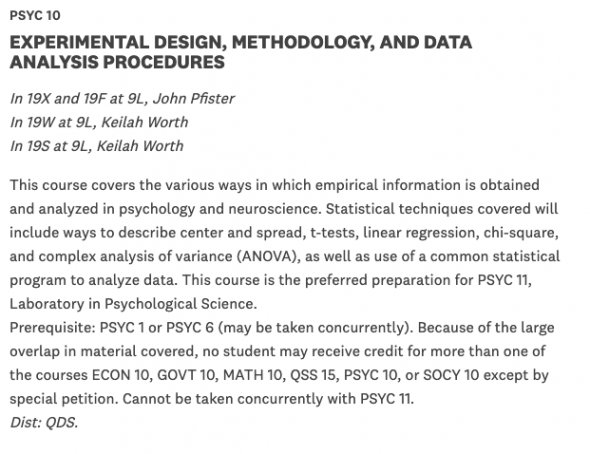 Since the course was in the psychology department, a lot of the data we worked with pertained to experimental trials with control and treatment groups.

All of these are statistics classes, but as you can imagine from their name, apply statistics to very different types of fields. As a result, there's a range in the skills and concepts covered in each one, and it's usually the best idea to take the 10 class in the discipine you're most interested in. For example, PSYCH10, which I took my sophomore fall, taught mostly basic concepts (like those covered in AP Statistics) and also a tiny bit of R and Stata. 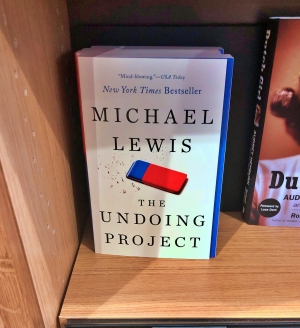 It's also interesting to learn how to be skeptical about the data presented to you. For my sports analytics class, we read part of "The Undoing Project," a book that explores common errors of the human psyche.

On the other hand, GOVT10 prepares students specifically for research in political science, so they practice a lot of contingency tables and linear regression in R, commonly utilized in academic papers related to government topics. A few of my friends took this class and really enjoyed it, not only because they became familiar with R, but also because the problem sets encouraged collaboration.

Recognizing the value of these "intro stats/programming" classes, most departments require one of the 10 classes for their major. But if you want to go further and took a liking to the type of thinking often embodied in these classes, ones that emphasize logical and methodical steps to test hypotheses, there are, of course, whole departments and loads of classes dedicated to more in-depth study.