Hello everyone! My name is Jasmine Williams and I am a '20 with a major in Sociology and a minor in Education. I am a Senior Admissions Fellow and an Associate Fellow of the Mellon Mays Undergraduate Fellowship. I have completed two "Hanover FSPs" during my time at Dartmouth and used to be a coxswain for the Women's Varsity Rowing team. During my free time, I love to hang out with friends and listen to music!

The Life of a (Former) Student Athlete

I have been involved in athletics for as long as I could remember. Over the course of my life, I have danced, played soccer, squash, basketball, volleyball tennis, rowing - I even almost got my black belt in Tae Kwon Do! I have always really valued being a part of a team and have made some astounding friendships over time. If you had told me when I was younger that I would stop being a student athlete in college, I would have laughed at you. But now, I am entering my second year as a NARP, otherwise known as a Non-Athletic Regular Person, and I have never been happier.

In high school, I had been on the Boy's Varsity Rowing team as the second boat coxswain for three years and I had been involved in rowing for five years in total. After being accepted into Dartmouth, I was quickly convinced into joining the Women's Varsity Rowing team and my tenure as a student athlete was set to continue for another four years. I was excited to learn more about the sport with talented athletes pushing me towards success.

During my freshman and sophomore years, I made some incredible, lifelong friendships and was able to compete against very skilled teams. Towards the end of my rowing career, I found that I was no longer as captivated by the sport as I had been for the last seven years. Additionally, with my new acceptance into the Mellon Mays Undergraduate Fellowship, I knew that it was going to be nearly impossible to juggle the two activities. So, instead of ignoring that I had changed and continuing to overwhelm myself, I made the decision to step away from rowing. It was a decision that had even surprised me and completely changed the trajectory of my Dartmouth experience. 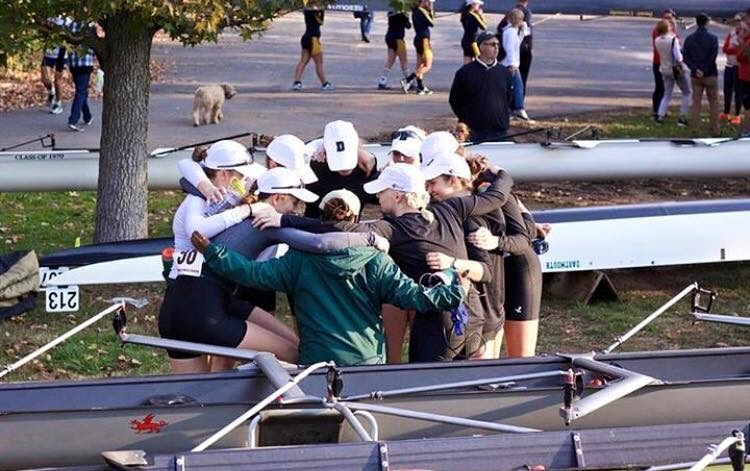 The Freshman 8+ gathering together before our race in Princeton

At first, I was not used to not being a part of a team. While I was trying to figure out what new direction I wanted to take at Dartmouth, I had some time to reflect and think of activities that I was really passionate about. I had joined the summer version of the Ujima Dance Troupe during my Sophomore Summer and, because I had enjoyed dancing with my peers, I decided to join the team during the school year as well. I have also had more time to be involved in my sorority and my fellowship! 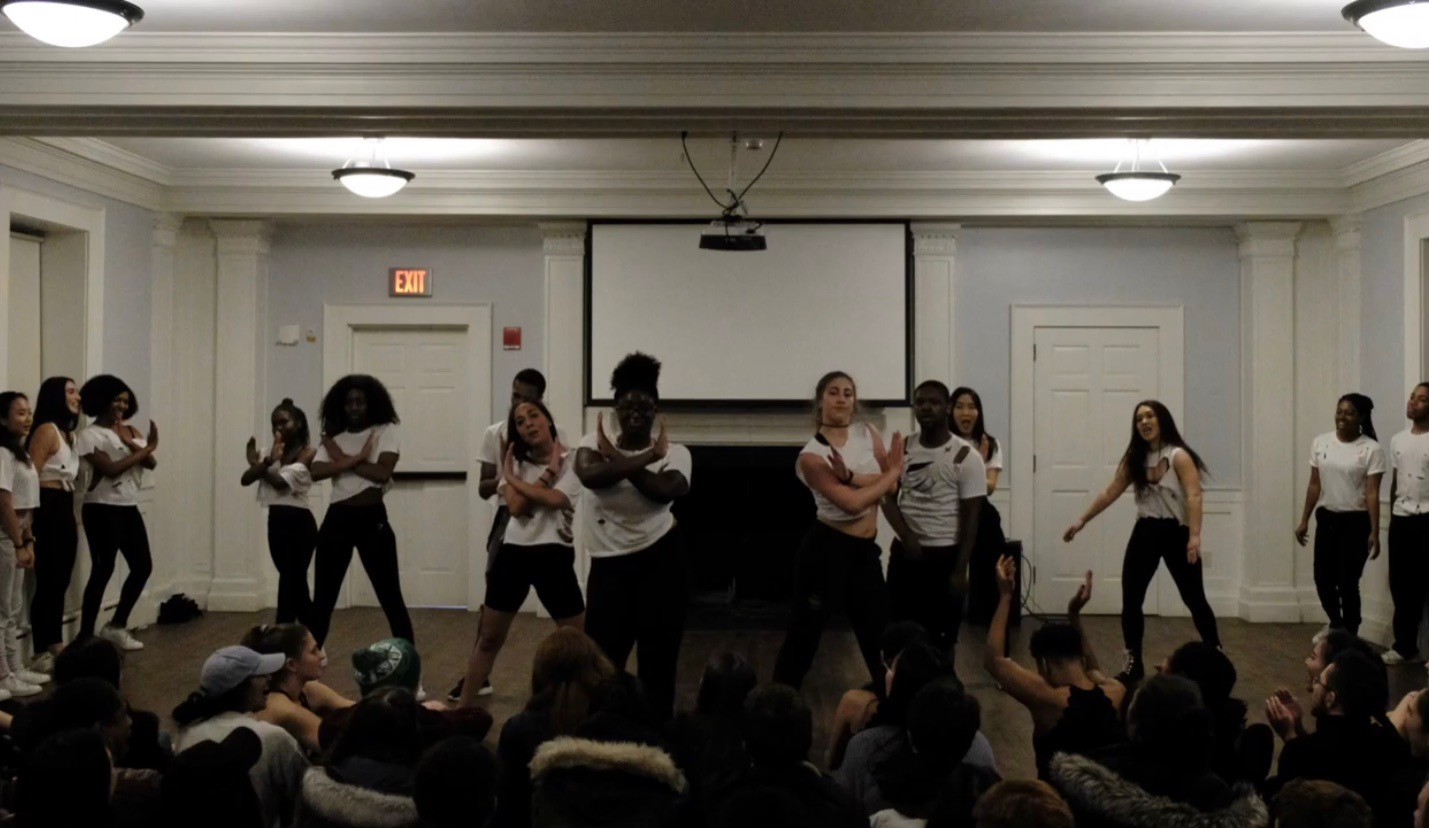 While I am still nostalgic and think fondly of my time as a coxswain, I am happy that I was able to recognize that I needed a change and my newfound NARPdom gave me the freedom to explore all that Dartmouth has to offer. If you are interested in life after being an athlete, I promise that you will be able to find new activities/clubs/organizations to get involved in.

Over the past two weeks, I've had the pleasure of meeting so many wonderful '26s! Their most common question was "do you miss the city?" Although a born and raised a city girl, my answer was no! Come along to find out why!

This week, I wrote a story about the football Pro Day for the student newspaper, The Dartmouth.

Though a huge time commitment and change of lifestyle, being a student athlete at Dartmouth can bring an incomparable team dynamic and sense of community.

What better way to spend Spring Break than training with the Triathlon team in Florida?

Are You Ready for a Winter Rumble?

For winter sports at Dartmouth, skill levels range from beginner to master. But no matter where you're starting, intramural hockey is always a good time! And watching the games played by Dartmouth's pros is also a blast!

Tennis Balls and a Squid?

This past weekend, students from all across campus came together at Thompson arena to celebrate another one of Dartmouth's most widely loved traditions: The Dartmouth-Princeton rivalry ice hockey game.

Can't Visit: What is Being a Dartmouth Student Like?

Despite the passing time, I can still vividly recall what it was like submitting my ED application to Dartmouth last, last November. I undoubtedly knew Dartmouth was my number one choice, even without visiting. What led me to think this way?