“Hey, I heard you designed the pineapple in the Onion!”

Translation: “Someone told me that you helped make that eleven-foot plywood pineapple structure that now sits in House Center A!”

Yep, I did. And before you ask, it was our final project for my 3D Design and Digital Fabrication class that I took freshman fall. It was a special topics class that is unfortunately not offered anymore, but elements of its curriculum are embedded in architecture classes offered in the Studio Art department. 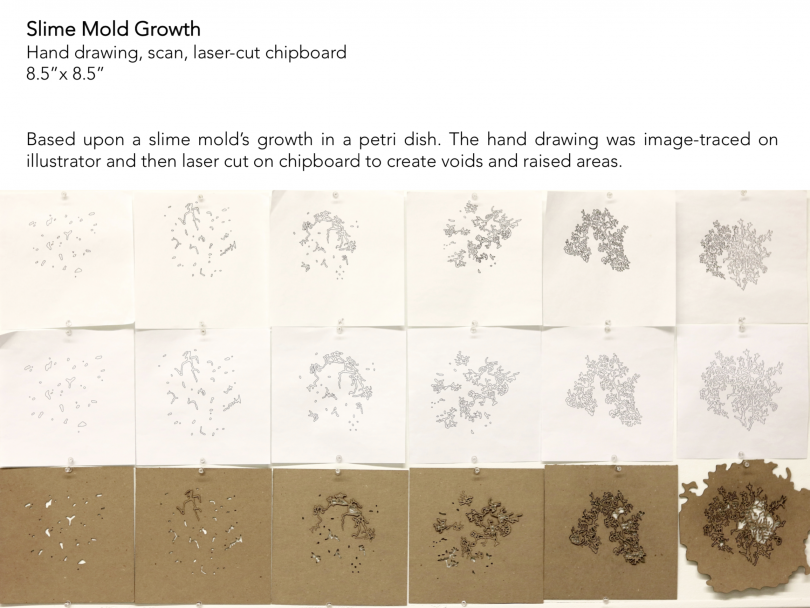 Freshman fall comes with the feeling that anything is possible, which was the case in this class. We learned Illustrator, Rhino 3D (the CAD program architects use), 123D Make, and how to laser cut, 3D print, and use large machining tools like the CNC router. We became familiar with the woodshop and the Thayer machine shop. While the learning curve was steep and the sign-up sheet for the laser cutter long, I managed to create some memorable pieces. 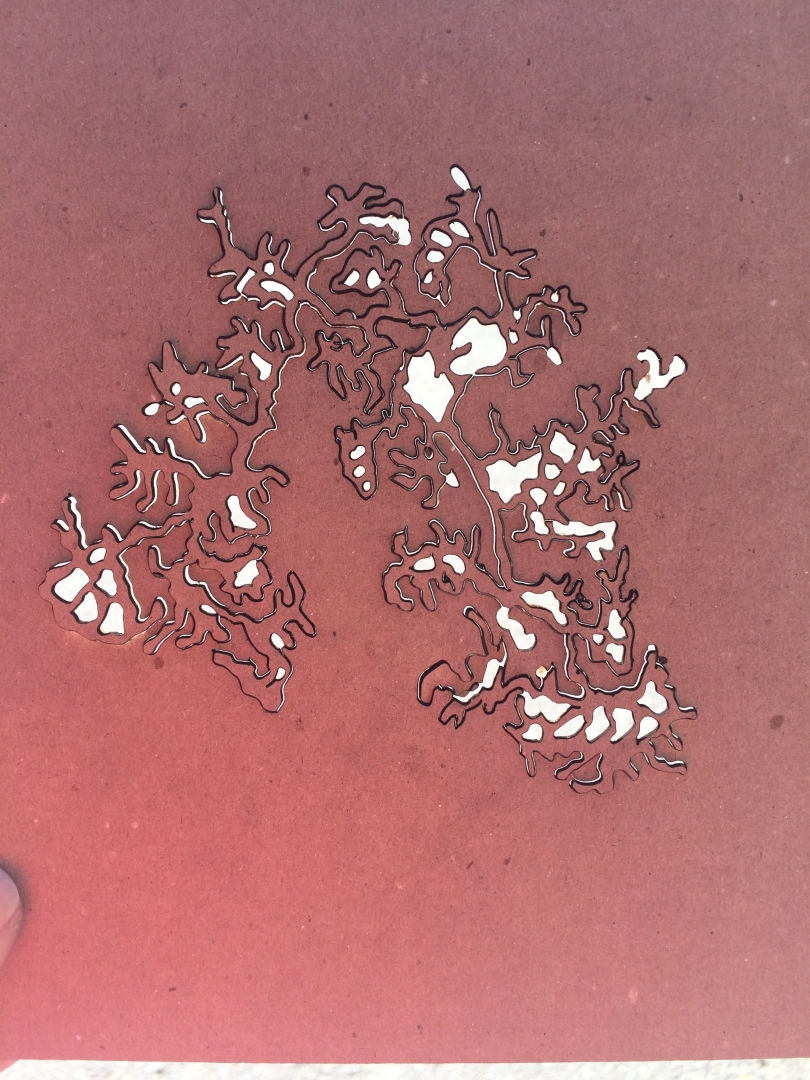 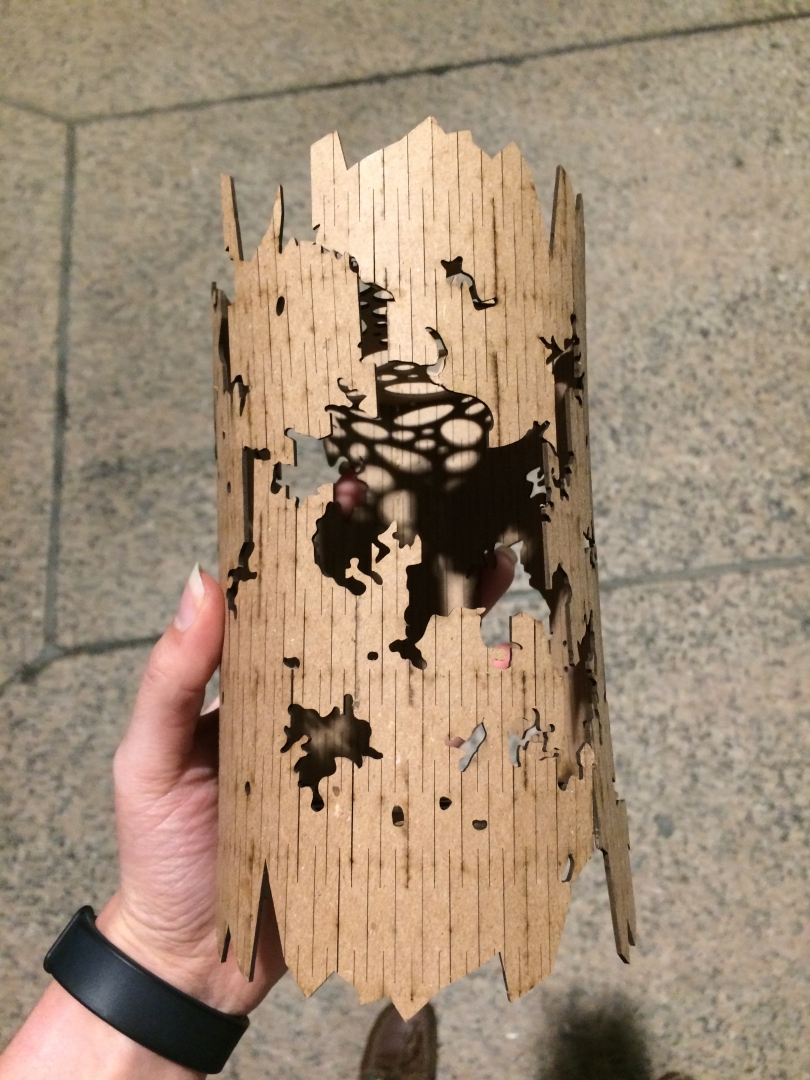 We started off drawing change over time, which I showed through the growth of a slime mold. We then learned how to trace our hand drawings in illustrator to make digital drawings that we could then use to cut on the laser cutter. Our second assignment was a continuation of the first: we were to make a box for whatever we had chosen as the subject of our first assignment. I was initially confused on how to make a box for a slime mold, but I ended up creating a “log” using horizontal cuts to make the flat chipboard surface into a cylinder. Our following assignments included creating Halloween costumes and 3D printing. 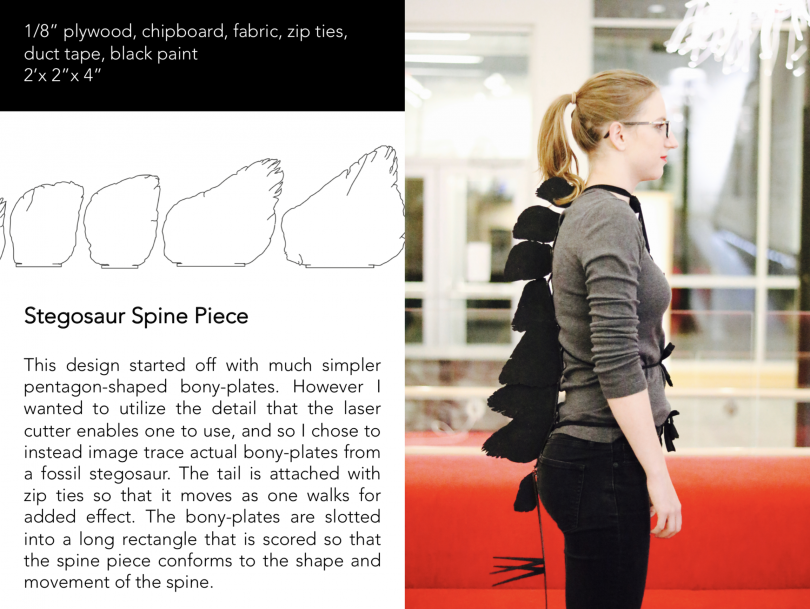 My creation for the Halloween assignment.

Our final assignment was to design a pavilion. This was our only group assignment, but thank goodness, because we needed all the people we could get. We were to create something inspired by an animal abode with an associated sensory component. When my group member Bryan saw my glass sponge idea, he thought it looked like a pineapple. And then it dawned on us. Who lives in a pineapple under the sea? Spongebob. The sponge was our animal and the pineapple was the abode. Our sensory component would be to serve pineapple at the unveiling of our structure. And the joke of the Lone Pine(apple) was too good to pass up. The shape was created in rhino, then put through 123D Make for the interlocking parts, cleaned up in illustrator, cut on the CNC router out of 8’x10’ plywood, and assembled with lots of clamps. Our pavilion was the only one out of our class to be saved and it now sits in House Center A (which is my house center, so I see it all the time). 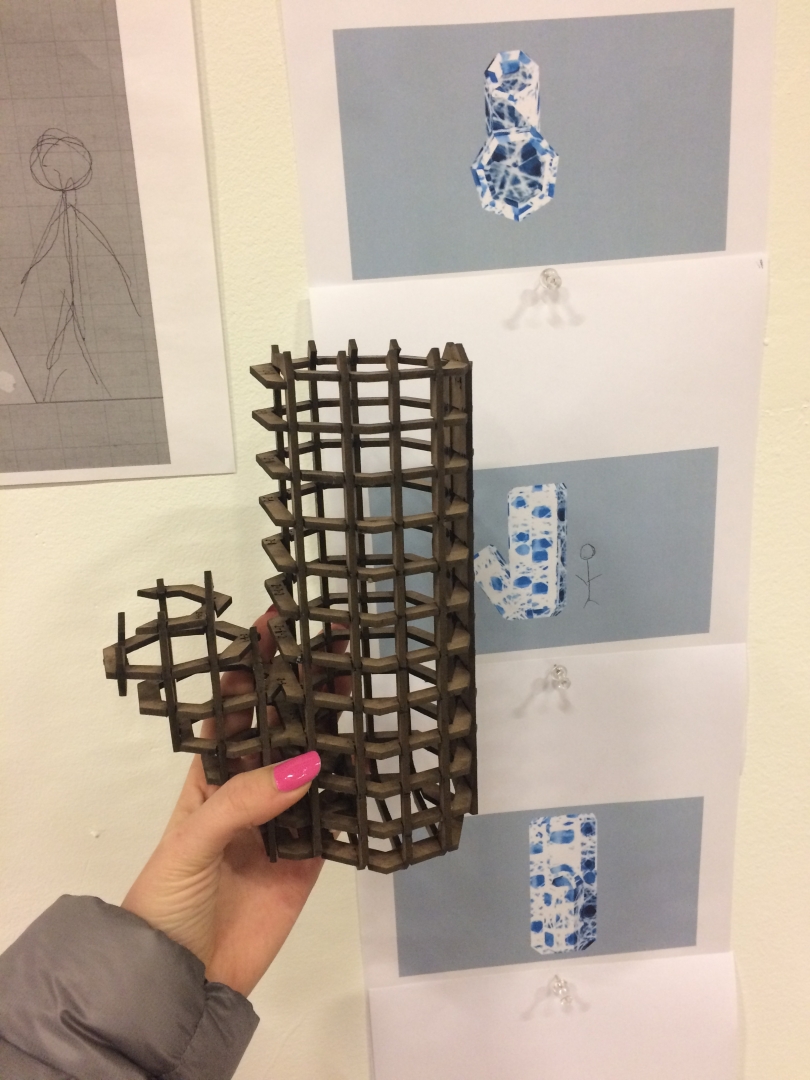 My original pavilion idea: the glass sponge. The shape was created in Rhino and sent through the application 123D Make for the waffle structure. 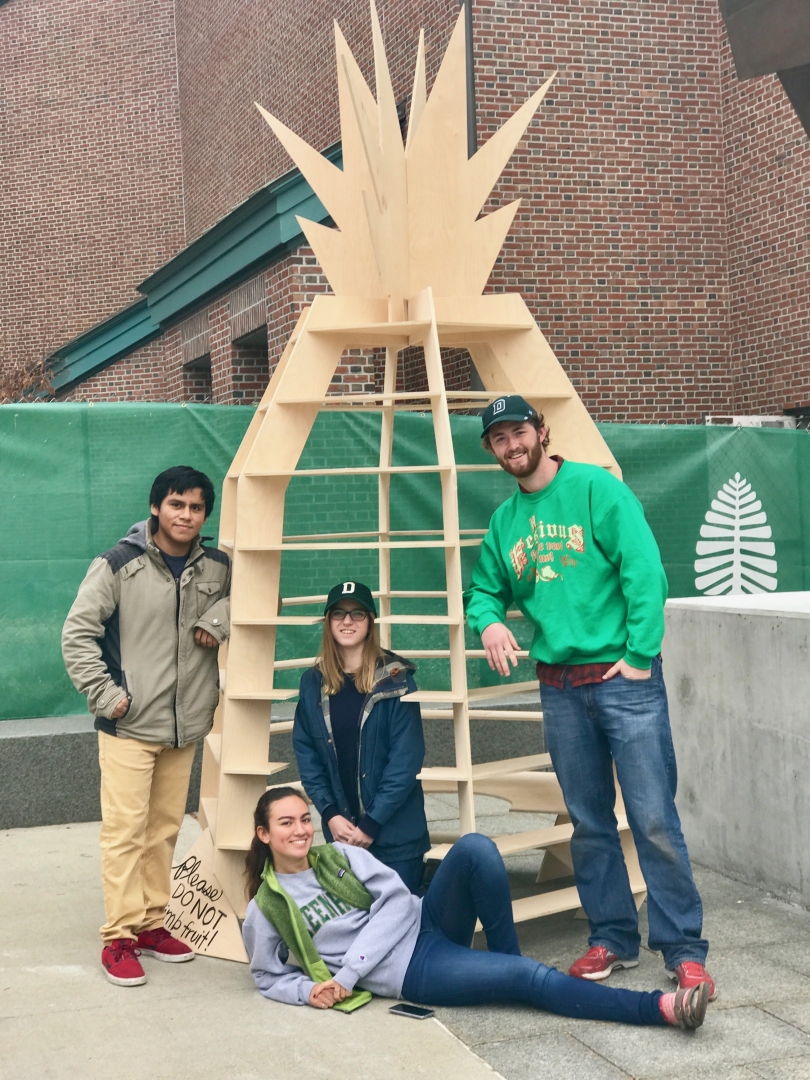 The famous Lone Pine(apple), designed, cut out, and assembled in less than a week.

Sometimes I get asked about the legacy I think I will leave at Dartmouth. My answer always begins with one thing: the pineapple.