If you're looking for a class with deep cultural, historical, and literary roots, I highly recommend Comparative Literature 39.03: European Fairy Tales, or, as I affectionately refer to it, "the fairy tale class".

Only two weeks in, I've determined that the course, deeply fascinating in and of itself, is also reflective of a greater Dartmouth tradition. I've heard the terms "breadth and depth" so many times I'm in danger of actually knowing what they mean. Essentially: at Dartmouth, the General Education Requirements encourage students to take a broad range of courses to explore the breadth of knowledge our college has to offer, after which students choose their particular area(s) of study in order to pursue depth in their studies.

I'm quite fond of the model, myself. The General Education Requirements are responsible for nudging me into several incredible courses I never might have taken otherwise (I'm looking at you, neuroscience!) Here they are for your reference: 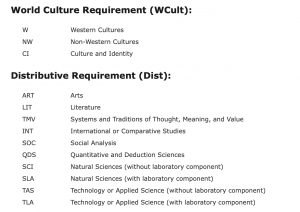 The requisite breadth of knowledge opens many academic doors, and students naturally gravitate towards those which they are eager to explore. These translate into majors and minors (as well as double majors, double- or triple-minors, and modified majors!)

In my case, European Fairy Tales is an instance of depth for depth's sake. The class has no bearing on my General Education Requirements nor even my major (English). It is simply fascinating, and at Dartmouth, that's more than enough reason to join a course!

I was inspired to take this class following a wonderful literary theory course this past winter in which, among other things, I spent the three months analyzing the Brothers Grimm tale The Fisherman and His Wife. Essentially, I set out to prove that the fisherman's wife—remembered for her relentless greed and eventual downfall—is the hero of the tale, her pitiful ending a striking deviation from the Grimm tradition. I so enjoyed flicking through different literary theories like lenses on a microscope as I searched for my favorite way to read this tale.

European Fairy Tales swept me right back into the thick of it. Through case studies in which we read several versions of the same story, we explore the tradition of a single fairy tale, tracing its motifs and subsequent cultural implications. After a weekend of Little Red Riding Hood case studies alone, I'm more enchanted than ever by this course of study. I am also building a case for Red's original winsome wittiness (she escapes the wolf on her own in what historians believe to be the original transcribed tale, did you know?), of which she has since been robbed. 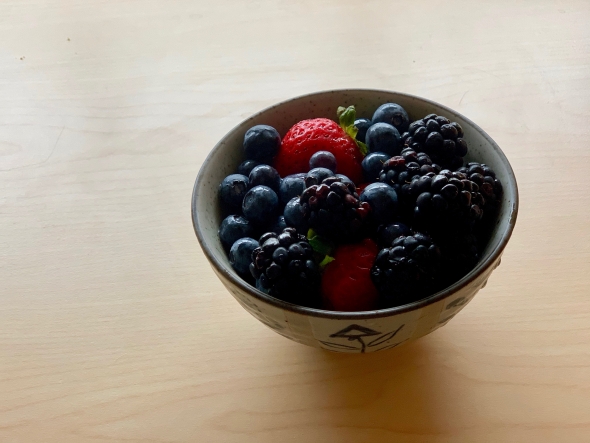 Note to self: do not accept (possibly enchanted) food from unknown (and also probably enchanted) patrons! But DO accept food from the famous Class of '53 Commons, or "Foco."

Fairy tales are not, admittedly, a course of study I had ever imagined myself exploring. But as a child who spent years poring over fairy tales from every corner of the earth--often translated from distant languages, preserving the original stories while making them accessible to my young mind--I am only now realizing the enormous implications of the genre. I love reading one dozen versions of the same story, tracing the footprints of a fairy tale across the globe. It reminds me how very connected we all are, and how a single story can have sweeping effects.

My First Week of Classes

Hello there! It's me again. If you were wondering whether I am still alive after going through my first week of classes, then this is a sign to show you that I am still buzzing and kicking.

Confused about how exams at Dartmouth work? Don't be! Here's my perspective on my first midterm experience at Dartmouth.

A question I've gotten a few times while I'm here is "So what do you do all day?" I figured I would walk you through the things taking up the most time in my life right now, starting with my classes!

This term, I'm taking 2 STEM classes, which has been an unexpected but enriching experience!

It's almost that time of the year again—college applications season! While it might be dreadful at this moment, I promise you it'll be worth it at the end.

Academic Help As An Engineering Major

Finding My Way Around Course Selection

As I made my way through orientation, I never thought that a time would come when I would drop everything and go back to a classroom.

As someone who came into college super interested in pursuing undergraduate research, Dartmouth has not disappointed!

​​​​​​​At Dartmouth, all students are required to learn a second language, so tag along to learn about languages classes at Dartmouth!