If you're an incoming freshman, perhaps you've made the acquaintance of this age-old conundrum: what exactly you want to study in your first term (and all the terms to come). You may feel quite set on your major of choice, or you may be fretting over ever narrowing your interests into one or two neat majors. Well, both are great.

No matter what course you imagine your studies will take, Dartmouth's graduation requirements will likely nudge you to explore areas of study you'd decided weren't in the cards. For myself, I know the prospect of pursuing an Ivy League education encouraged me to take my "lesser" ambitions (what does that even mean? I blame it on freshman nerves), stuff them in a suitcase, and put them under my bed for time immemorial. Sound familiar? Good news—you don't have to abandon any ambition. After a year in residence, I don't believe Dartmouth built an institution of such expansive knowledge just so freshman would consider all but one path closed to them. No indeed, in your time at Dartmouth, you're expected to pursue as many of your interests as you can, and then some. It took me a couple terms to grasp this. I wanted to make my parents proud according to my idea of their expectations. 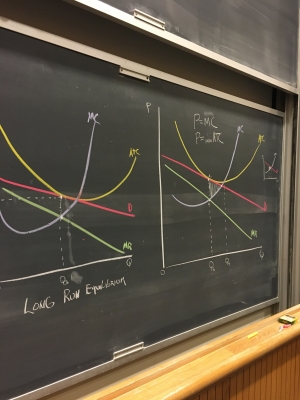 In the hopes this will prevent your making a similar choice—not for yourself or loved ones but for some imaginary set of standards—here's the story:

My first term on campus, I enrolled in Economics, a discipline I find interesting but have known for a long time is not my calling, especially as I devoted lots of time to studying Economics in high school. During my senior year I took Economics classes. In my excitement I read the textbook before the academic year began, and after the classes drew to a close. Months later I found a copy of Thinking, Fast and Slow in our bookshelf and lugged it around in my backpack for weeks, determined to wrap my noggin around the slippery concepts which were written in winding, elevated prose such that every page convinced me of my own inferiority. I consider it personal defeat to leave any book unread upon starting it, so you can imagine my consternation upon waving the white flag. I returned it unfinished to the bookshelf, that it might someday wind up in worthier hands than mine.

Despite this, I considered myself an Economics major upon entering the College, gleefully planning out the next four years of corresponding coursework. I admit, I enjoyed the feeling of calling myself an Economics major. But after a mind-bending term of the class in which all I wanted was to be as good as the best, when I crossed and double-crossed myself by diving into a rabbit warren of study which left me feeling defeated and drained, I was feeling pretty burnt out. I couldn't tell you how many times I read through our class textbook; how many homework sets I completed and re-completed; how many hundreds of Quizlet terms I made; how many times I frantically checked myself while studying to ensure my understanding of this-or-that concept was sound. I managed the class, but that was all. (By the way, if you've never taken Economics before, don't worry. This was not a matter of the impossibility of the class, but rather my compatibility with it.) I am delighted for all who find Economics a natural extension of their minds. As for myself, I could do it, but I slowly realized that the majors around me were enjoying their studies, while I was attempting to wrestle the concepts into submission. That did it. I accepted, bitterly, that Economics was to be the one that got away.

Which, though it seemed a crushing defeat at the time, was a Very Good Thing for me. I'll never forget when, afterwards, I bitterly apologized to my parents because it wasn't the right course of study for me, and my dad eyed me and said, "Nobody ever told you to be an Economics major." I'd made it up, all for wanting to make them happy! I'd nearly devoted the incredible gift of a Dartmouth education to meeting fictional standards. 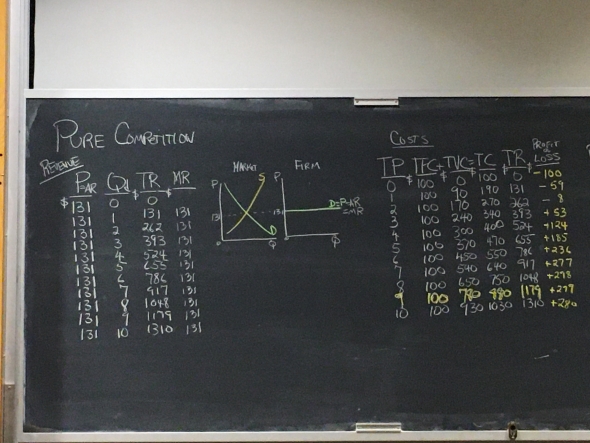 The good news: if you do take Economics freshman fall (which I do recommend, despite my own incompatibility with it), this will make perfect sense to you by term's end!

You may find something similar happens to you, be it Economics or English or Neuroscience. You're all smart; you can do anything you set your mind to. But you're intellectuals who enjoy studying. If you've found a course of study that leaves you feeling less than motivated, perhaps it isn't the one. After all, a major takes hard work, and Dartmouth students aren't afraid of that. My advice would be to explore till you find a course of study which lifts you up. You'll know when you find it. And while you're searching, remember to enjoy yourself!

So as you prepare for your first term, give yourself permission Not To Know. It's not the simplest thing for us, but I believe the method of study at Dartmouth is a clever one, and you might just find yourself loving an area of study you'd never imagined pursuing.

10 Things I Learned During 10 Weeks at Dartmouth

This term has flown by. Here are some of the things I've learned

My Classes of Winter Term!

Curious about what a freshman's second term course load looks like? Here's mine.