These sprightly rhymes were a welcome distraction from my studies. In a poem sent from Theodor.S.Geisel.25@dartmouth.edu to the entire campus, “Dr. Seuss” invited challenged us all to a snowball fight, asking in the subject line: “Would you, could you, in the snow?” 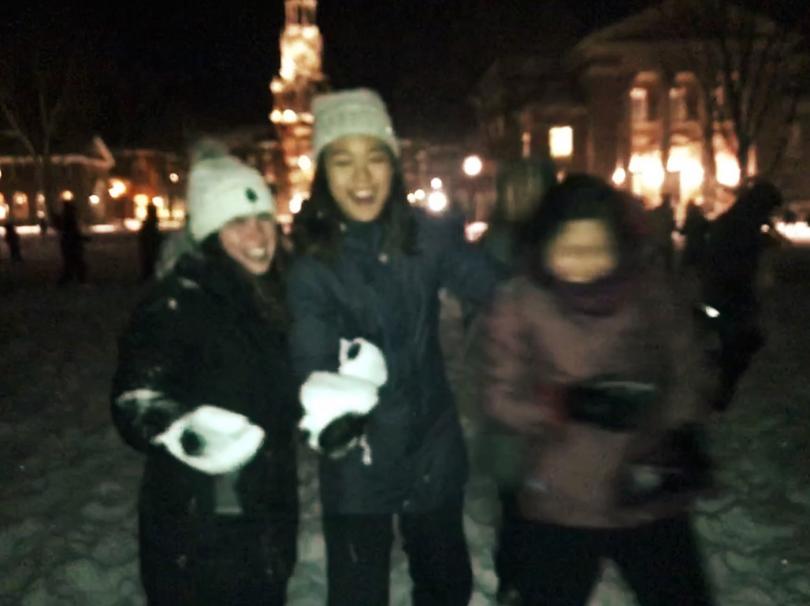 Dr. Seuss sent the same poem during the first snowfall last year, and I remember my freshman self eagerly darting to The Green with friends in the thick of midterms season.

Even as a sophomore, I felt the same wave of excitement, and it's easy to see why: 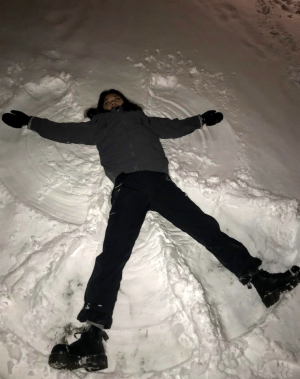 Me, a fallen warrior
At midnight, armed with warm gloves and snow pants, my friends and I charged to the crowded Green for yet another battle. Immediately, I was struck in the back by an unidentified peer. I quickly responded, shoveling snow into my fists and chucking it in all directions. As the night progressed, I tackled and was tackled into the snow (friendly fire), ducked behind a snow fort to hide from some formidable assailants, and began a war between my friends and some students I’d never met before. I watched balls of snow sail through the air from friends and strangers alike hitting me and those around me. I saw a girl run from her attacking friend only to trip and fall face-first, laughing, onto the snow below. It was first-grade recess all over again: it didn’t matter whether you were friends or strangers, you were all part of the game.

Our annual snowball fight fosters the spirit of inclusivity that shows me how Dartmouth actively cultivates a sense of family. As a sophomore, the snowball fight might not be a novel tradition to me anymore, but I still felt like the same old freshman running off to battle. There's something about throwing snow at your fellow classmates that's (for lack of a better word) magical. It's an amazing moment where I'm reminded why I love this place -- for all those times I've felt like my brain has been run a marathon here, I've had fun and silly moments to complement that "runner's high."

The midnight snowball fight is a small and often overlooked tradition, but it's one of those hidden gems that makes Dartmouth extra special.

Learning To Ski At Dartmouth

One of the best ways to survive and enjoy winter in Hanover is by finding something that makes you excited to be out in the snow. This term, I decided to sign up for ski classes at the Dartmouth Skiway.

Life in Hanover: How to Make the Most of the Winter!!

This blog is a guide to how I like to spend my time during winter outside of classes!