Alright, call me out for the clickbait title: while I won't be dedicating this blog post to an in-depth explanation of the game theory behind Crazy Rich Asian's Mahjong scene (if you really want to know, this Vox article has you covered), I will be dedicating this blog post to an equally exciting topic -- my class on economic game theory (Econ 35), where we learned the theories behind that Crazy Rich Asians movie scene. 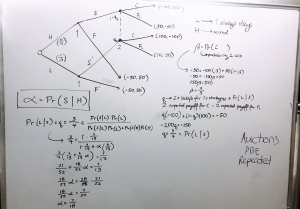 Solving Heads-Up Poker in prep for finals
"Game theory" refers to how people make decisions in competitive situations (a.k.a games). It's a pretty math-heavy subject, but the general gist is that we try to predict outcomes in games under the assumption that players are out to maximize their own interests.

In my class, we've auctioned off real money, played a rock-paper-scissors tournament, and mapped out rational poker strategies (I've actually gotten better at late-night poker games with friends because of this).

We were also assigned a paper to further our research on a topic of our choice; I chose to research deviations from rational behavior in the ultimatum game. This was the first econ paper I've ever written, so I put considerable effort into it (I even consulted my econ subject librarian, which is a resource I probably should've taken advantage of earlier).

My paper focused on the application of "fairness" in decision-making and differences in "fairness" across different cultures. Basically, in games like ultimatum bargaining (where one player offers a share of money to another, and the second player can choose to accept or reject that offer), neoclassical game theory predicts that the second player always accepts because both players otherwise get nothing. As you might guess, factors like inequality aversion and spite play in, and people often reject offers that aren't equal to 50% of the share. Interestingly, these rejections vary across cultures (most visibly between societies with different economic and judicial systems). My paper argues that not only psychological factors dictate deviations from normal predictions, but societal norms also contribute and that these deviations are predictable. As you can probably tell, I was (and still am) pretty excited about the subject. 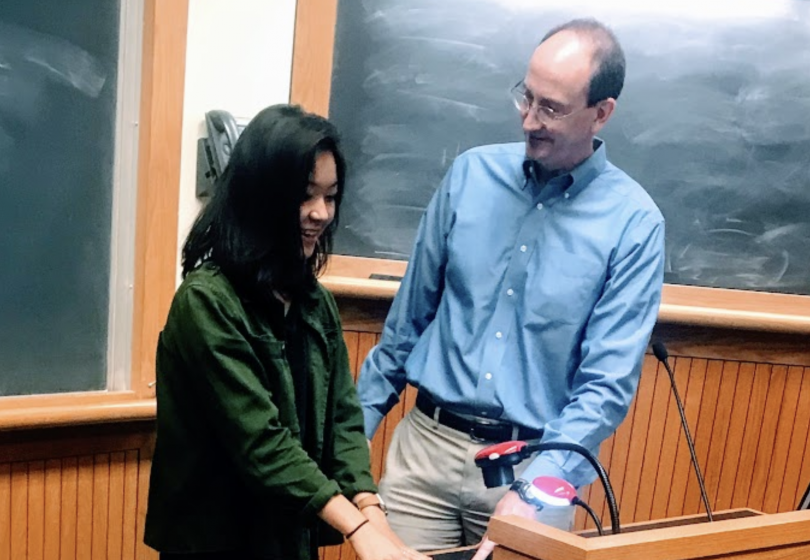 This might be melodramatic, but after taking this class, I don't think I'll ever look at a game or decision the same way again. Already, I'm catching that I internally quantify expected payoffs in every day "games" like figuring out where to eat with a friend or how to approach a difficult conversation (yes, these are considered games).

Game theory has been by far one of my most challenging classes thus far (I holed up in the library for 14 hours the day before the final). Although the effort cost has been pretty high, I have to admit that the payoff exceeds that cost. In fact, I'm now planning to concentrate my major in this field of study.