Courses in Discourse: Geopolitics vs. Economics

This term, I'm taking two classes that disagree with each other.

Why? Well, going to a liberal arts school inevitably means exposing yourself to a variety of academic disciplines. As part of the promise of that liberal arts, Dartmouth has a distributive requirement that requires us to take courses out of our comfort zone (dubbed "distribs"). While I've found distribs to be rather daunting in the past, distribs have ultimately pushed me to try classes outside of my traditional academic interests and to become a better critical thinker. 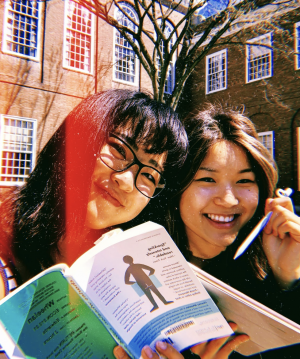 Studying on the Green!
A byproduct of taking such a diverse array of classes means that your classes will approach topics from varying perspectives. It also means that some of your courses might challenge certain topics that you've grown to accept from studying your major. My geography class this term (GEOG 17: Geopolitics & Third World Development) has done just that. The class continually challenges me to think twice about the economic theory I've learned, particularly the theory I'm learning in my public economics class this term.

Much of my geography class is devoted to discussion on the effects of economic development policies that "Western" countries advocate for. Basically, countries like the U.S. prize economic theories that don't necessarily apply to other countries. These theories typically support free trade and market deregulation, which my geography class argues have often exploited other countries; on the contrary, almost all of my econ classes have whole-heartedly backed these policies.

Economic theory (or at least, neoclassical economic theory) predicts that markets are better left alone. Naturally, most beginning econ classes show the benefits of policies like free trade and deregulation that I've mentioned before. While the class mostly focuses on U.S. domestic economic policy, much of what we've learned can be (and, in real life, has been) applied to other countries as well. In class, we've discussed the pros and cons of such policies, but the theory I've learned thus far in my economics courseload overwhelmingly suggests that those policies my geography class claims to be exploitative are actually helpful. These disagreements have enhanced my understanding of the nuances and complications of the topics I'm learning.

My big takeaway from taking a geography and economics class in the same term is that disagreement is productive. Often, our major classes can tackle concepts from a single point-of-view. That's why other departments can offer a fresh new take on the concepts you thought you knew. Taking classes from other departments has not only allowed me to explore other subjects and interests but has also allowed me to better understand the interests I already have.

How I Approach Course Selection

Course selection may seem intimidating, but Dartmouth provides an excellent array of resources—ranging from a faculty advisor to the Undergraduate Deans Office—to encourage academic exploration.

People, such as myself, often use sophomore summer to take a two-course term, which allows for a greater enjoyment of the term.

Conducting Projects for the Admissions Office!

One of the first projects I'll be working on is reviewing our content and messaging for international students.

Dartmouth and the Liberal Arts

Dartmouth is known as a liberal arts college (LAC), but what does that mean?

The Dartmouth: What it's Like to Work for America's Oldest College Newspaper

When I entered college, I was super excited to join The Dartmouth news staff, which is, fun fact, America's oldest college newspaper. Journalism is an awesome way to grow as a writer, hear stories, work on a passionate team, and report the truth!

I highly recommend Comparative Literature 39.10: European Fairy Tales, or, as I affectionately refer to it, "the fairy tale class."

Although I'll be engaging in a variety of programs this summer, I wanted to first introduce the Tuck Business Bridge program, which I spent most of June partaking in!

To the College on the Hill...

I have put off on writing this post for a few weeks because there is so much I want to say in my final blog post.

An Unconventional Yet Untradeable Freshman Year

Wow, my freshman year at Dartmouth has really flown by! Towards the end of summer 2020, I received a warm welcome email from my Orientation Peer Leaders inviting me to join a Zoom call with around ten other of my classmates.