Sometimes, you just want to curl up in bed, or in the library, and enjoy the warmth. Especially when it’s practically blizzarding outside. Other times, like I discovered this past weekend, it’s better to face the snow head on, and just roll in it. Literally.

It had been an early morning in the library, so my friends and I were getting a little restless. It had been snowing for two, maybe even three days straight. We wanted to do something FUN. We decided to do the spontaneous (well, maybe not that spontaneous, it’s a fairly common winter activity). We were going to go sledding!

After a quick stop at CVS to grab the sleds, we found ourselves at the Dartmouth golf course, only a short walk from my dorm and just across from the beautiful Occom Pond. There’s a nice big hill that is just perfect to sled on. 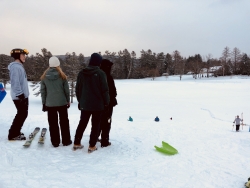 A view of the snow covered golf course, featuring a few fellow students who were also here, enjoying the fresh new snow.

Despite the fact it was snowing pretty hard, we were not the only people there at all. In fact, it was quite the opposite. The hill was covered in Dartmouth students, all taking their shot at sledding through the snow. We ran into a lot of people we knew and even made new friends as well. Most people were sledding, but a few brave souls had even brought out their skis and were building makeshift ski jumps to do tricks on. I can only aspire to be that talented.

We spent hours throwing ourselves onto our sleds and then lugging ourselves back through the fresh snow. I honestly don’t think I’ve seen so much snow in my life. We quickly discovered the best tricks to picking up the most speed. Personally, my favorite was face-first, though admittedly each time I got a face full of powder. Honestly? It was worth it. 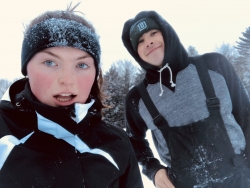 If I’ve learned anything here with my first taste of winter, it’s that the cold isn’t that bad if you find ways to make the best out of it. And THAT, I highly recommend. 10/10, for sure. 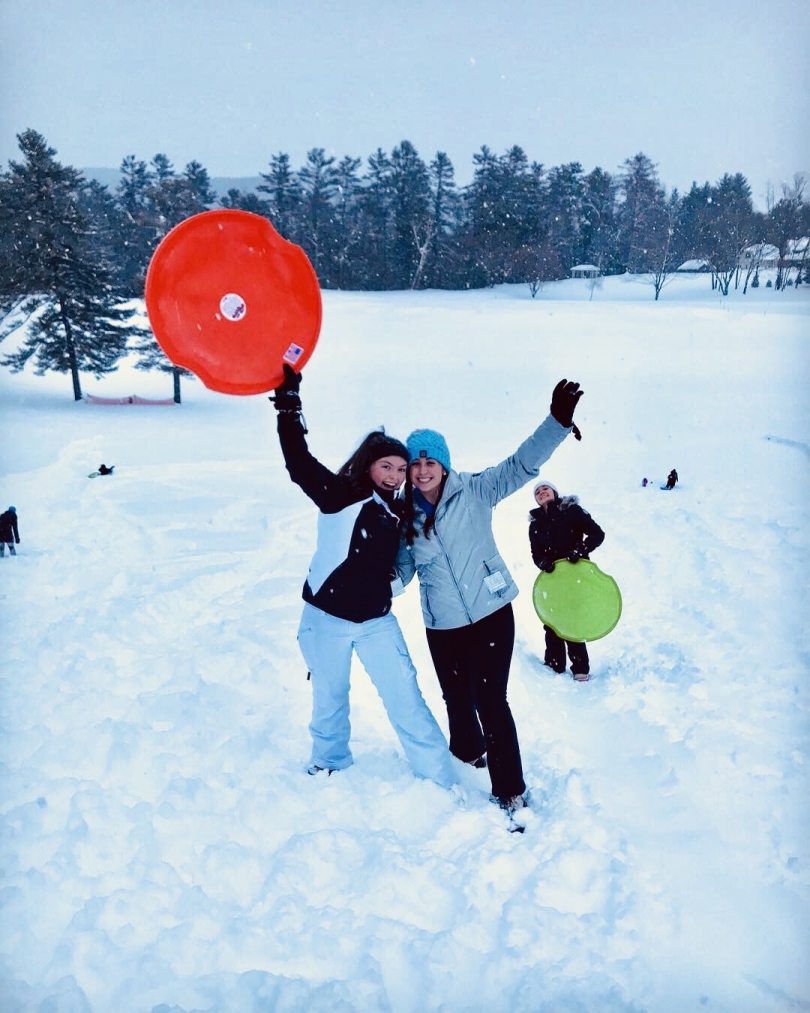