Drafting our next class... of Fantasy Football players

And we're back! While the team here in McNutt Hall is excited to hit the road and ~officially~ begin the next admissions cycle, fall also means the beginning of Fantasy Football (and regular football as well, I'm guessing?). In between calling your high schools to schedule visits, we've been studying and making spreadsheets, or at least Ali and Jade have been.

Everyone prepares in different ways -- Director of Financial Aid focused with his favorite tunes (Alicia Keys and Bruno Mars) and some festive headwear.

Some of us were feeling hot already, like our Dean Lee Coffin, who came in first in the league last year -- Emma (in the pink hat) made prizes for the winner and loser from last year. 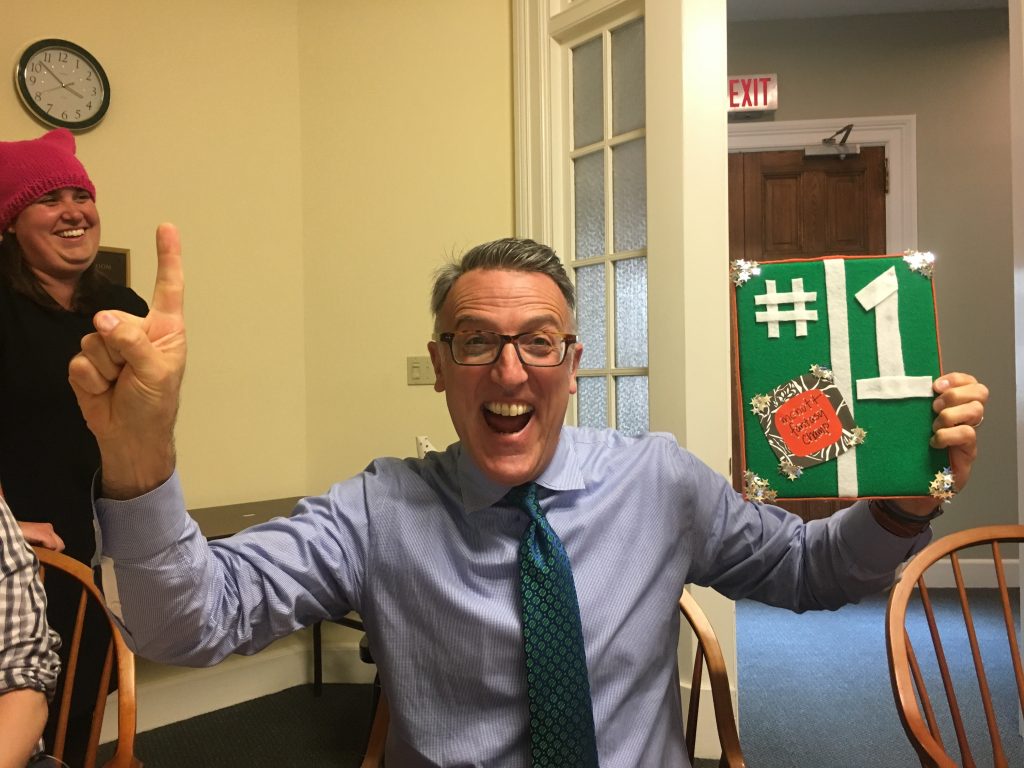 Daniel, the last place team from the epic 2016 season, was prepping for his upcoming trip to Africa and wasn't able to accept his prizes in person -- luckily, Ali and Jade accepted them on his behalf. 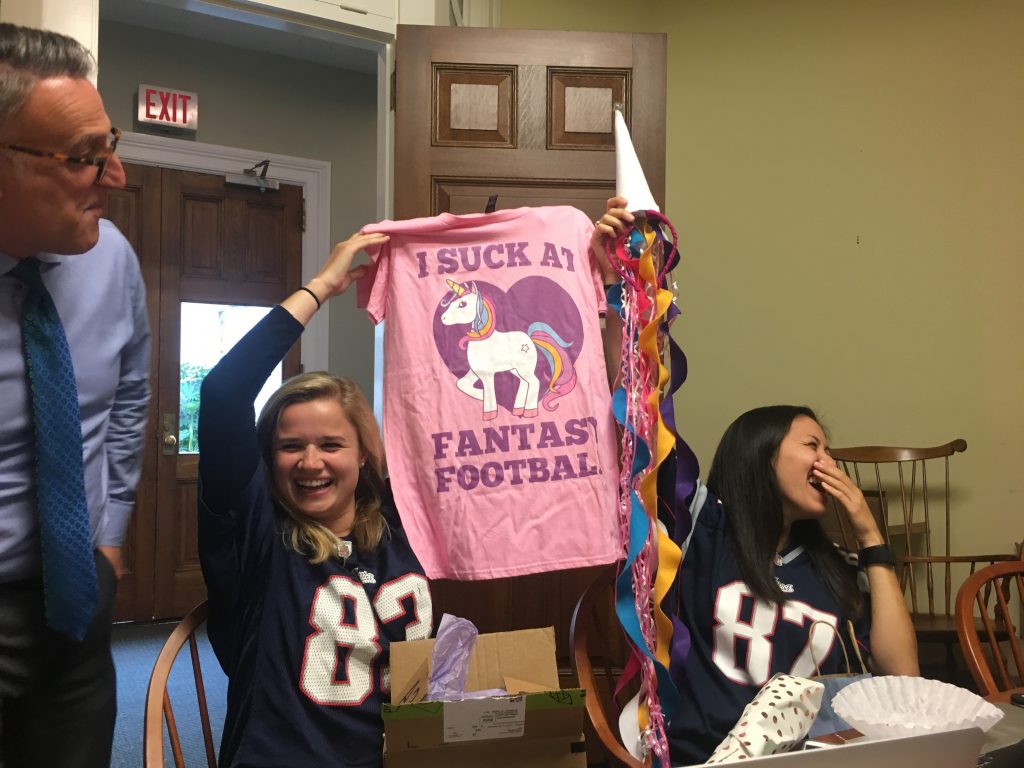 Rumor has it Daniel will be giving an info session in his last place attire -- you'll have to stop by McNutt to see it for yourself, though.

As for me, today I've learned that there are lots of roles to play in a Fantasy Football League -- apparently someone needs to DJ the draft, and while I hadn't researched the best running backs or quarterbacks, I did have playlists ready to go. There was a lot of Shakira and Beyonce in our conference room today.

I've never played Fantasy Football, but luckily I have my colleague Angie, who has also never played before. Go sports go!

International students like me are no strangers to choosing their College without being able to physically visit. Now, I believe everyone is in that situation, and I decided to gather some thoughts on my choice!

If you haven't heard, this year's application deadline has been extended from February 1, 2021, to March 1, 2021. Read on to hear about my application process!

How do I determine "fit" without being able to visit?

The college search is a daunting process. Where does one even begin? How does one navigate this sea of webinars, virtual tours, and student panels? Read on for some tips!

A school had to meet three criteria for me to consider it a "good fit": academics, location, and community. After researching about Dartmouth and visiting the campus, I realized that this school was not a good fit for me-- it was a perfect fit.

I sat down with Ali Duke, Assistant Director of Admissions, to ask her some questions about the alumni interview process at Dartmouth. Read on to learn more!

Going to Dartmouth...thousands of miles away

In the spirit of being another term closer to finally going back to Dartmouth, I thought I would talk about a few things this term that have still felt distinctively Dartmouth, even though I'm thousands of miles away.

Why I love working with Admissions

I remember the first time I got really excited about Dartmouth—it was late 2018, right in the midst of college application season, and I had just gotten a fresh edition of 3D, Dartmouth's undergraduate admissions magazine, in the mail.

Applying to college is a hectic process, and the current health crisis must only amplify these feelings of uncertainty for you all. As someone who just graduated this May, I'd love to share some snippets of advice for you high school seniors!